Anyone who has children understands that books are a crucial part of their development. Parents also know that children’s books are likely to have relatively short shelf lives; torn pages, chewed corners, and crazed crayoning conspire toward the book’s inevitable annihilation. Fifteenth-century children were no different, and so it is no surprise that most of the very earliest printed children’s books, despite being printed in relatively large numbers, have not survived. And, of those that have, many bear the hallmarks of accelerated wear and tear.

Of course, prior to the introduction of printing in the mid-fifteenth century, all books were handwritten. These manuscript books were unique and expensive – not the kind of item one would put in the hands of a child or infant. The thought of a five-year-old enthusiastically attacking an illuminated manuscript would likely bring most curators and bibliographers to tears. During the Middle Ages, then, children were not exposed to the wonder that is books. There are rare exceptions; for example, the Ashmolean manuscript, produced for the children of wealthy parents. In fact, until the eighteenth century, and the work of educators like John Newbery, the genre, that we today call children’s books, did not exist. Moreover, until this time, books produced for children were almost exclusively didactic works: Latin grammars and texts, and moral and religious instruction. Reading for entertainment or leisure was frowned upon as a frivolous waste of time and energy.

The first children’s picture book, Orbis Pictus, was published in 1658 by the Czech philosopher and pedagogue, John Comenius. For more about this book, see The Public Domain Review. 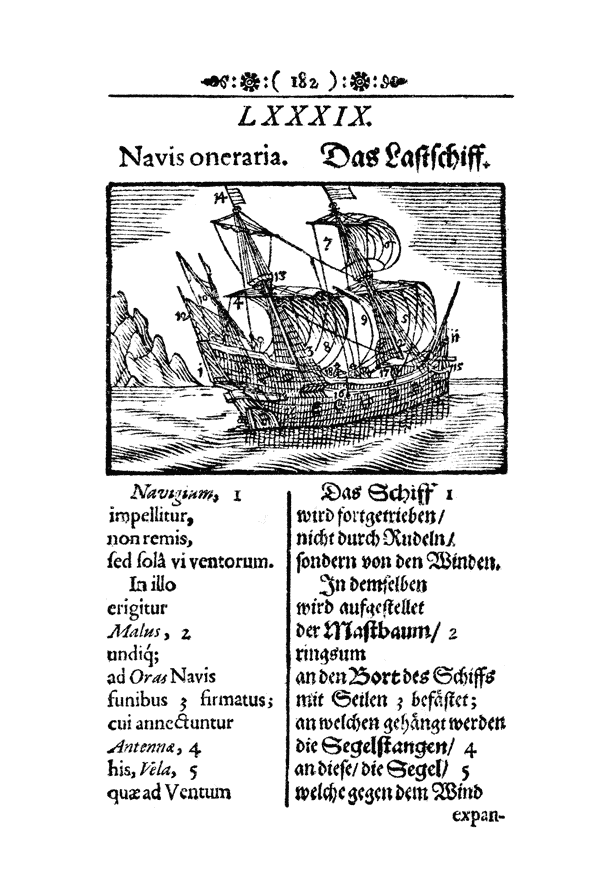 Another important factor when considering the introduction of children’s books is literacy rates. Although it is very difficult to determine exact rates for literacy among fifteenth-century children, we are able to extrapolate data from extant records. For example, in Florence in 1480, with a total population of about 42,000, approximately 28% of boys aged between ten and thirteen attended formal schools, suggesting a literacy rate of around a third. Though during the Middle Ages and even the Renaissance, the consensus was that girls were not scholastically inclined and that their education should comprise only those subjects conducive to good housekeeping, there are again notable exceptions.

Girls, if they received any scholastic education, were those from wealthy families, and taught by private tutors. Among the notable exceptions is, the otherwise anonymous, Catharinetta, the daughter of a barber, who was the sole female student out of 500 listed in Genoese documents for 1498–1500. I wonder what became of her!? Even Venice, during the High Renaissance, fairs little better, with approximated literacy rates of one-third and one-tenth for boys and girls, respectively.

The very first printed children’s books were most often Psalters, a collection of Psalms and prayers in Latin. One early example was printed by the German, Erhard Ratdolt, while working in Venice. His Psalterium puerorum, or Children’s Psalter, was almost certainly printed in the hundreds, yet just a single copy has survived. Kids!

Of all Ratdolt’s books, and he printed about 200 different titles during his long career, this is one of my favorites. It opens with an alphabet, including some alternate letterforms (e,g, g, s and long-s). The final three glyphs are the tironian et (and), and the tachygraphic signs for the Latin word parts, con and -rum. Then follows the Pater Noster or Lord’s Prayer, that all children would be expected to memorize. The Gothic Rotunda typeface, Ratdolt’s Type 9:130G, was usually employed only for headings, owing to its large size, but here it is used for the text – a nice concession to the younger reader. The beautiful vine-leaf woodcut border, printed in a magnificent red first appeared in an edition of Historia romana, printed by Bernard Maler, Erhard Ratdolt, and Peter Löslein, in 1477. The border is, unsurprisingly, after a decade of use, showing signs of wear after thousands of impressions.

Such books served a dual purpose: literacy and devotion. Though they are a far cry from contemporary children’s books, they yield valuable insights into the culture, learning, and literacy of Renaissance Europe. A lot has changed, but books still stand as one of humankind’s greatest achievements. ◉

Quotation: “Books are a uniquely portable magic.” – Stephen King in On Writing: A Memoir of the Craft.