This glossary is a work in progress, so please excuse any omissions. If you’d like to help edit this glossary, then send me a message.

The example below demonstrates negative side-bearings. However, sidebearings can also be positive, and therefore extend beyond the limits of the bounding box seen here. 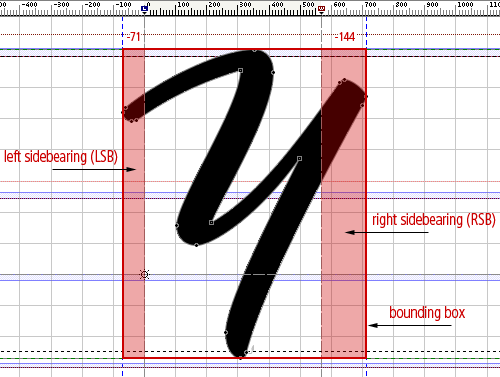 The “Y” glyph in this example is from Kinescope.

Short definition from The Complete Manual of Typography:

The space between the outer edge of a character and the edge of its bounding box (digital type) or type block (metal type). The side bearings of two adjoining characters combine to create the letter space between them.