END_OF_DOCUMENT_TOKEN_TO_BE_REPLACED

But will it fly? Perhaps the most difficult part of compiling this list is not what to include, but what to leave out. There are, then, many other typefaces that should be in this list, but aren’t. Perhaps some of your favorites from 2009 coincide with mine; perhaps they don’t — I’d love to hear […]

END_OF_DOCUMENT_TOKEN_TO_BE_REPLACED

My favourite typefaces of 2008

The Best of Type This year has been a great year for type, with many new releases. Some of them are exceptional. Following is a list of my personal favourites of the past year. This is by no means an exhaustive list; there are, in fact, many others deserving of accolades.

END_OF_DOCUMENT_TOKEN_TO_BE_REPLACED 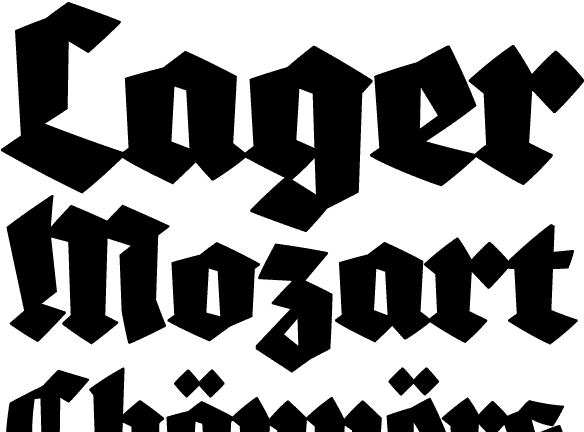 And the nominations are… I had planned on publishing Typographic Detail for the Web, but Typographica has just released its annual Our Favorite Typefaces. It’s always an inspiring list, and a precursor of some of the fine things to come. Interestingly they’ve renamed it. Formerly it had been Best Fonts which is not wholly inaccurate […]