From around the beginning of the 1600s, there was a renewed interest in calligraphy. At the same time, women, known as writing mistresses, begin to teach handwriting and calligraphy to young women. Maria Strick in the Netherlands and Marie Pavie, perhaps from France, are the first two women to have their calligraphy copybooks published in print.

END_OF_DOCUMENT_TOKEN_TO_BE_REPLACED

This Month In Typography 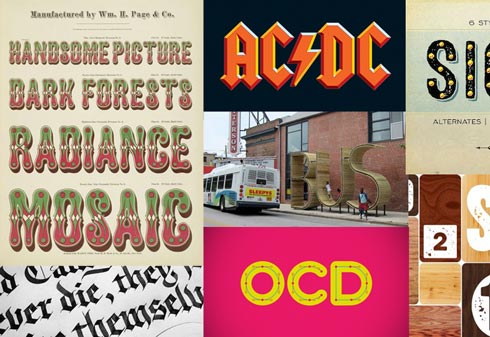 Welcome to this month’s roundup of type-related info and entertainment. Today, we learn some important typographic pronunciations, figure out how to work with layered web fonts, watch Mark Simonson talk about offset lithography, revisit the 1970 New York City Transit Authority graphics standards manual, see what medieval scribes were doodling in the margins of their […]

END_OF_DOCUMENT_TOKEN_TO_BE_REPLACED

Welcome to a new monthly roundup of type-related info and entertainment. (This will be in addition to Sean Mitchell’s excellent This Week in Fonts feature.) This month, we have movies (about sign painters, and Eric and John Gill), books (about Porchez, Baskerville, Spiekermann, and typewriter art, as well as books by Steven Heller and Gail […]

END_OF_DOCUMENT_TOKEN_TO_BE_REPLACED

I love letters. All kinds and types of letters: small, large, drawn, sketched, painted, rough, smooth, serif, sans serif, script, roman, italic, oblique, digitized, old and new, uppercase, lowercase, all materials and media, three dimensional… Yes, I love letters, except for those that are poorly or incorrectly proportioned. For those poor ugly letters, I feel […]

END_OF_DOCUMENT_TOKEN_TO_BE_REPLACED 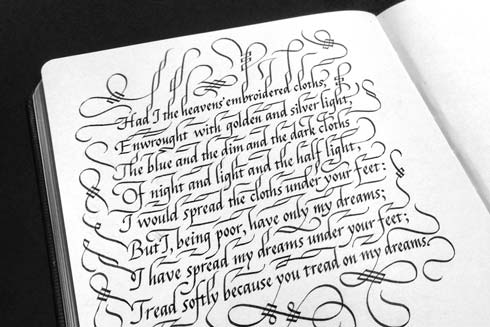 Cloths of Heaven is Seb Lester’s interpretation of ‘Aedh Wishes for the Cloths of Heaven’, a poem by the renowned Irish poet W. B. Yeats. It is a continuation of his exploration of the theme of beauty in the context of letterform design. He has produced a limited edition screen print and also collaborated with […]

END_OF_DOCUMENT_TOKEN_TO_BE_REPLACED 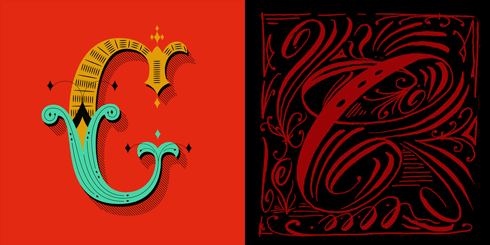 Despite the frequently ill-defined line between Lettering and Calligraphy, they have always been separate disciplines. Lettering vs Calligraphy, a new project from Berliners Martina Flor and Giuseppe Salerno, seeks to bring together both the craft of drawing letters and the art of writing, but at the same time emphasize and celebrate their differences.

END_OF_DOCUMENT_TOKEN_TO_BE_REPLACED

The Voice of all the Gods

Today I’ve released two limited edition prints along with some originals. The prints are based on words penned by William Shakespeare and Dylan Thomas.

END_OF_DOCUMENT_TOKEN_TO_BE_REPLACED

& SUPPORTED BY FRIENDS OF ILT