ILT Expert Lists is a new series that invites industry experts, designers, and design commentators to highlight some of their favorite fonts from our growing library.

Calligrapher, designer, educator, and artist, Seb Lester has attracted a huge and devoted following — both for his talent and wit. On Instagram, a million followers get to see Seb at work, penning everything from famous logos to exquisite copperplate and formal gothic scripts. Undoubtedly, part of his broad appeal is a combination of his incredible talent and his ability not to take himself or his work too seriously. In doing so, he has brought the art and craft of calligraphy to a much wider audience. We asked Seb to pick his ten favorite calligraphy inspired fonts from our growing collection. And now it’s over to Seb:

Altesse is a beautiful formal script by Jean François Porchez. Exquisitely drawn from various nineteenth-century French sources, there’s a pleasing harmony across the family. I particularly like the numerals and the ampersand — wonderful stuff.

Pantera is another design by Maximiliano R. Sproviero. It’s positively Zorroesque, a wildly expressive blend of brush and ruling pen influences. The most interesting and useful aspect of this design, for me, is the rhythmic variety across the family.

I love the flamboyant character of Dulcinea, designed by Ramiro Espinoza and inspired by Spanish Baroque Calligraphy of the seventeenth century. I can see the spirited influence of Renaissance calligrapher Juan Claudio Aznar de Polanco in the uppercase, particularly. Some lovely nuanced touches across the family.

Laima is a wonderfully modern stencil interpretation of calligraphic forms by Bogidar Mascareñas. I particularly like the italic, and the family is more versatile than it might first appear. Plenty of opportunities for use in branding and beyond. The idea works best for me in the heavier weights: check out the vitality of the bold italic lowercase forms particularly, everything is very well resolved.

Krul, another typeface by Ramiro Espinoza, is an interpretation of a vernacular calligraphic style synonymous with the traditional bars of Amsterdam. Krul is lithe and energetic with a strong personality, check out that lowercase!

Medusa is Ramiro Espinoza’s homage to Ramón Stirling, a nineteenth-century Spanish calligrapher whose work was heavily influenced by London’s eighteenth-century Writing Masters. It comes with a lovely set of Roman Italic capitals and ornaments that will help in logo settings. I can see this typeface being useful for fashion and luxury sector projects.

Designed by Maximiliano R. Sproviero, Erotica Inline blends eighteenth- and nineteenth-century influences with great success. I love the inline — unusual for a formal script font. I can see in the forms the influence of one of the preeminent penmen of the nineteenth century, Louis Madarasz.

I love the contemporary energy of Indie Inline, as it bounces along on the baseline. Designed by Maximiliano R. Sproviero, it’s a brush script with some charming individuality in the uppercase and the design hangs together very well as a whole.

Louisa Fröhlich’s charming Lisbeth has a lot going for it! I really like the originality and internal logic of the quirky display weight. There is a lot of warmth and character in the bolder weights which blends the calligraphic energy of brush script with the engineered aesthetic of type design.

Designed by Dino dos Santos and Pedro Leal at DSType, Perfil is not easily defined or pinned down to a particular period in history. I can see something of the seventeenth century in some of the ornament, and something of the mid-twentieth century in the forms in the lowercase. And so there is certainly a freshness in this stencil script which I like. It’s designed confidently and comprehensively; I counted half a dozen different styles of ascenders and descenders in the character set. Elegant, refined, and greatly enhanced by its wealth of swash characters and ornaments, this design is particularly well-suited to luxury branding. 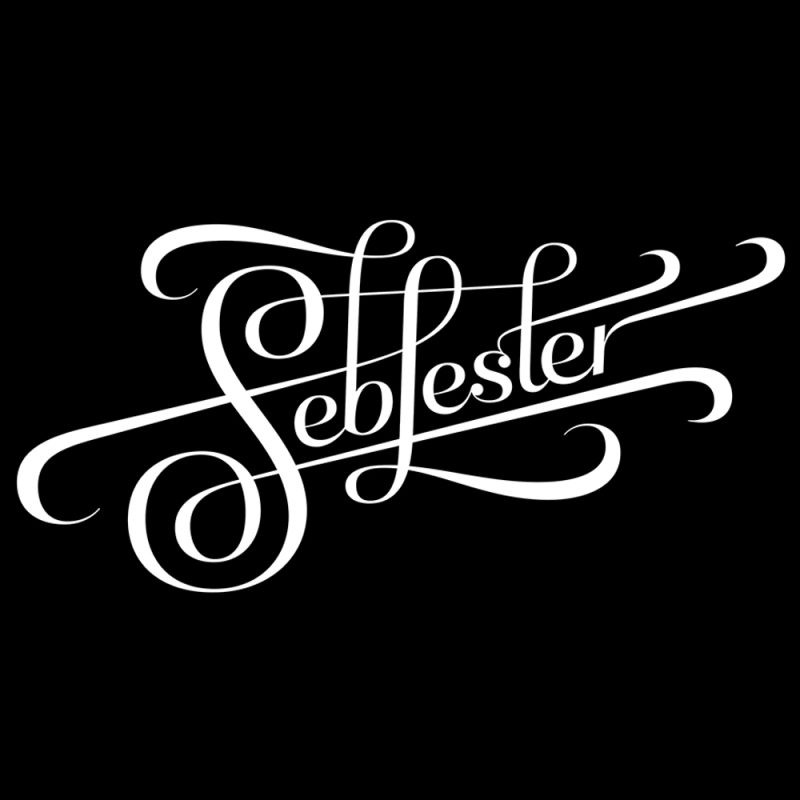 Seb Lester trained in Graphic Design at Central Saint Martins in London. He now lives and works in Lewes, England, as an artist and designer. He is one of the world’s highest-profile calligraphers and has created logos and illustrations for clients including NASA, Apple, Nike, Intel, Montblanc, The New York Times, and The 2010 Vancouver Winter Olympics. Previously a Senior Type Designer at Monotype, he developed custom typefaces for many familiar brands including British Airways, Intel, Waitrose, The Daily Telegraph, and H&M. Lester is the designer of the retail typefaces Neo Sans, Neo Tech, Soho, and Scene. He loves letterforms, saying, ‘I find the Latin alphabet to be one of our most beautiful and profound creations’.Catch Seb on his hugely popular Instagram account, or visit his store.

next: Steven Heller’s Font of the Month: TheStencil