Sweynheym and Pannartz are credited with introducing printing to Italy via their press at the monastery of Santa Scolastica at Subiaco, outside of Rome in 1465. They appear to have been relatively successful, even sending quite a number of their books to Rome itself. However, in 1467 they move their press to Rome, where by 1473 they were all but out of business. However, in addition to being Italy’s first typographers, they were the first to print a Latin Bible in roman type (ISTC: ib00535000; Type: 2:115R)

It is strange that apparently Luigi Balsamo* claimed it as the only Latin Bible printed in roman type during the entire fifteenth century. He was almost right: The only other Latin Bible I know of, printed in roman type in the fifteenth century, was published by the R-Printer, Adolf Rusch, in Strassburg, ca. 1473 (ISTC: ib00536500) (though GW takes the minority view in dating it to 1470). 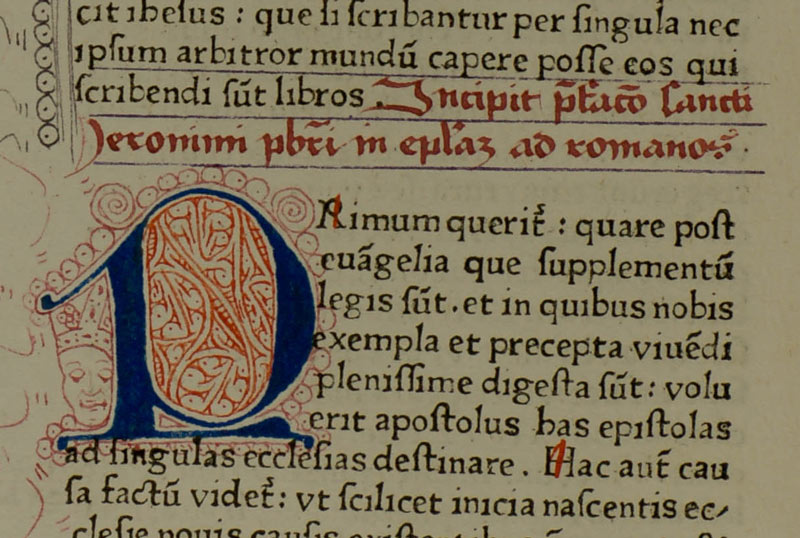 Not until the Reformation do we begin to see many more Latin — and vernacular — Bibles set in roman type.

* See Incunabula and their Readers