The image below is a scan of a recto leaf printed by Arnold Ther Hoernen, Cologne, 1470 (Cologne’s second printer after Ulrich Zel). The book, Sermo in festo praesentationis beatissimae Mariae virginis (ISTC: ir00303000) is special in that it is the first (extant) book to include printed foliation (‘page numbers’*), here printed in the recto margins, half way down the page.

Printing page numbers (something that appears quite necessary and obvious today) only became common typographic practice from the second quarter of the sixteenth century. And prior to the printed book, ‘foliation remained rare till the end of the Middle Ages’**; and of limited indexical or citational use as manuscripts were very rarely identical.

Today it is hard to imagine books without pagination. Page numbers make it easy to quote, cite, and to cross reference — they make accessing, studying, and comparing texts much easier. 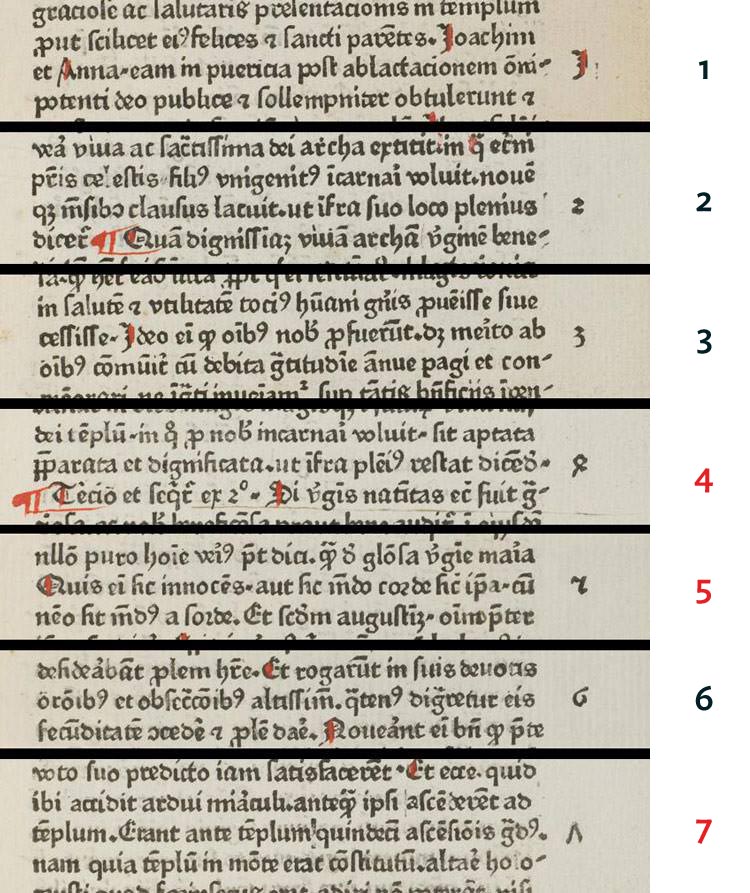 Perhaps you noticed that the Arabic numerals — 4, 5, and 7 — in my composite image differ from those we use today. These forms were common in medieval manuscripts. (The J is simply the Roman numeral 1.) 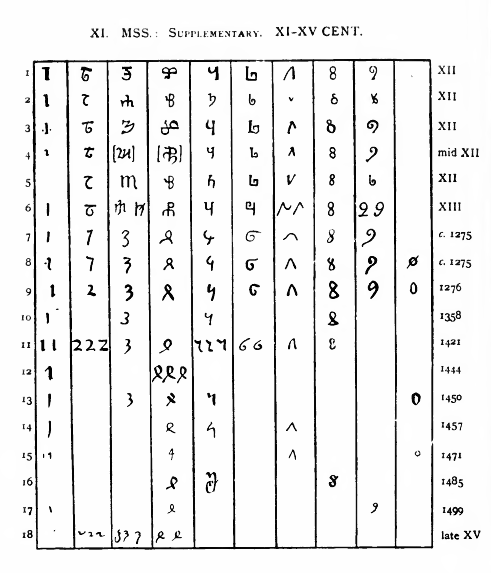 Figure charting the partial evolution of Arabic numerals. Source: The Development of Arabic Numerals in Europe Exhibited in Sixty-Four Tables.

It wasn’t until the tenth century that Arabic numerals came to Spain, though they were not commonly used until the fourteenth century. From the end of the fifteenth century, the numerals 4, 5, and 7 begin to take the forms we are familiar with today.