All kinds of type

The last five months have been pretty intense. Creating a 164-page magazine from scratch is an enormous project and, looking back, I’m happy that I was naïve enough to think it could be done. Along with Carolyn Wood and Working Format we think we’ve created something very special indeed. 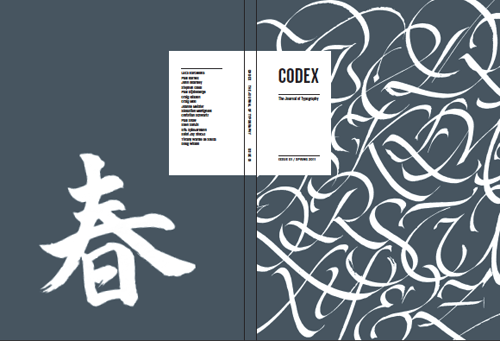 I’d also like to thank MailChimp for their generous support. Now that the first issue of Codex magazine is on its way to the printer, I can take a breather (a few days until work resumes on issue #2), and list here some of the type-related things that have been catching my eye. Yes, it has been a while, but here is the week — perhaps the month — in type.

I already have too many pictures and posters, but couldn’t resist buying this one (the one on the right): 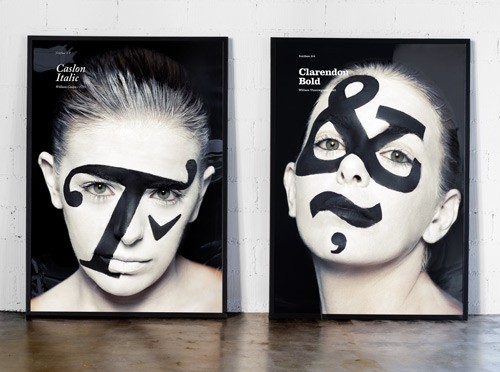 fontface from atipo on Vimeo.

Available from atipo in Spain. And I almost forgot to mention that I’ve convinced atipo to give one away to an ILT reader. Just tell us why you want or need the poster and we’ll select a lucky winner. I will announce the winner on Monday via twitter.

FixText, a very clever jQuery plugin for resizing web type on the fly: 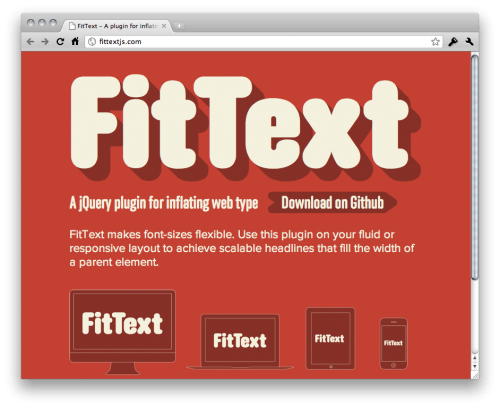 Nice use of Font Bureau’s Giza and Griffith Gothic in Pentagram’s work for the Maryland Institute College of Art in Baltimore. Hard to beat fat Egyptian numerals when they’re displayed at these sizes:

Great new site from Able Parris. I’m a big fan of his collages:

Long overdue, but looking great, and so much easier to navigate: the new FontFont site.

A brief history of title design:

A Brief History of Title Design from Ian Albinson on Vimeo.

Last chance to sign up for the Legacy of Letters tour. Eight days in Italy; eights days of type. You have until May 20th:

Wish dribble had twitter-like lists or groups, so that I could share such a list with others. [hint, hint]

Some beauties in these excerpts from Sanborn fire-insurance maps (wasn’t aware such things existed). Love this title-page:

Plenty more over at BibliOdyssey.

This looks fantastic. Yes, I know, it’s not about typography, but imagine the possibilities. Moving, animated, or so-called kinetic typography. Can’t wait to see it released. Animatable:

A first look at Animatable from Andy Clarke on Vimeo.

Oliver Reichenstein asks ‘Business Class: Freemium for News?’ I’m wondering if there is a more appropriate analogy — something more analogous — but the concept is inspired.

Show your support over at Kickstarter. You can also download Fatboy (a beta version of a wood type revival) for free. How could you not download a free font called Fatboy.

One of the latest additions to my own type library is Christian Schwartz’s Neue Haas Grotesk: 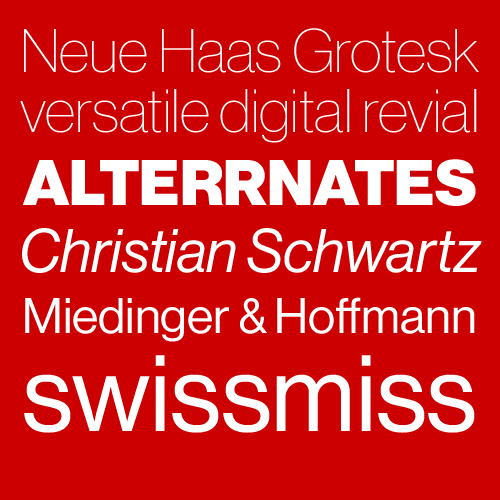 Great range of weights. Particularly like the idea of the additional three weights drawn specifically for texts.

I have no idea if this will be available as a webfont when H&FJ launches its service, but I reckon it would prove very popular.

Typonine Glagolitic, free to download from Typonine, in exchange for your email address. More information about the font in Aegir’s 2008 article.

My Column on Columns — Khoi Vinh
The State of Webfont Quality — Ross Mills
The library of the future — Marie McPartlin
The type maker’s view of web fonts: An interview with Tim Ahrens
Fontsmith joins Fontdeck
Is There a New Leading Man in Hollywood? — Paul Shaw
Design Education, Part II: Gerry Leonidas
And what of art direction? — Richard Ziade

And, finally, I think this little company needs to work on their branding/typography/lettering/spelling:

I guess there are many lessons in this: from pay a professional to don’t sign-write your van while drunk.

Part of the great Folk Typography Flickr pool, a selection of the weird, but sometimes wonderful.

Have a great week. And don’t forget to pre-order your copy of Codex! 166 pages of type heaven.