The early bird deadline for all the competitions is Friday, December 17, 2010. In the design competition, there are several changes to the categories this year, one of which is Best in Show. 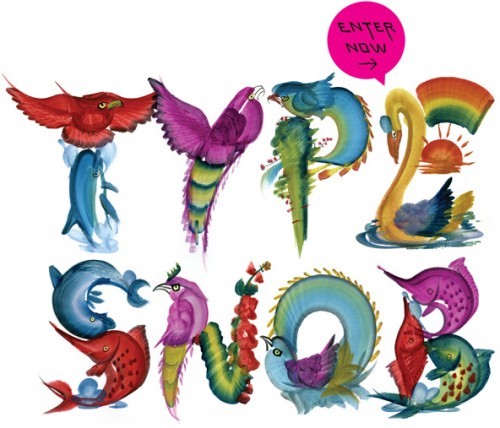 The winners works will appear in the Type Directors Club annual, Typography 32, designed by Matteo Bologna, Mucca Design, and published by Collins Design, an imprint of HarperCollins International. The annual will be available in bookstores.

The winning entries will also be exhibited in seven traveling shows beginning in the summer of 2011 in a New York City as well as in cities worldwide.

The Type Directors Club is a non profit professional organization, celebrating its sixty-fifth anniversary. TDC is dedicated to educating its international membership and graphic arts community about type, type design and its myriad of uses in the field of communications.