MADE POSSIBLE WITH THE SUPPORT OF

MADE POSSIBLE WITH THE SUPPORT OF

Emigre No. 70, the Look Back Issue

In 1983 Rudy VanderLans, Zuzana Licko, Marc Susan, and Menno Meyjes began Emigre, a magazine about “…the global artist who juggles cultures, travels between them, and who is fluent in the cultural symbols of the world. An émigré.”[1] Early issues meandered through essays, interviews, fiction and poetry. VanderLans directed wild layouts that ignored the so-called rules instilled by modernist design pedagogues. After four issues Susan and Meyjes had left the magazine, allowing VanderLans and Licko to steer Emigre toward being a design magazine that explored experimental and usually computer-driven work like their own. 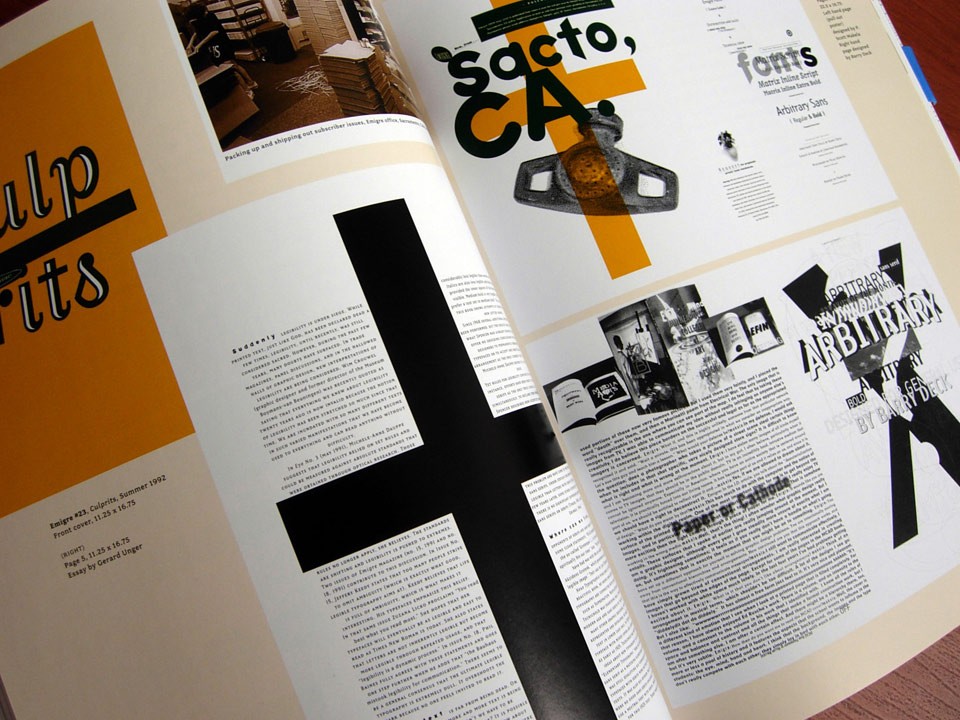 In the early days of desktop publishing the selection of digital fonts available to designers was very limited. Licko started designing bitmap fonts on the Macintosh and VanderLans used them in Emigre. To support the magazine they sold these fonts, establishing Emigre Fonts as one of the first digital type foundries. Emigre now followed in the footsteps of The Monotype Recorder, functioning as both design journal and type specimen.

In those experimental years VanderLans and Licko did not see themselves as radicals. Their work was not intended to challenge established notions about design so much as to explore new possibilities. But Emigre was noticed by designers and eventually made its way into the hands of the modernist old guard in New York who saw barbarians at the gate. Steven Heller went on the attack in his infamous 1993 essay about postmodern design, “Cult of the Ugly”, in which he dismissed VanderLans:

Rudy VanderLans, whose clarion call of the ‘new typography’ Emigre has been vituperatively criticised by Massimo Vignelli, has not returned the fire, but rather countered that he admires Vignelli’s work despite his own interest in exploring alternatives made possible by new technologies. It could be argued that the language invented by Rand’s ‘Bauhaus boys’ challenged contemporary aesthetics in much the same way as VanderLans is doing in Emigre today. Indeed VanderLans, and those designers whom Emigre celebrates for their inventions…are promoting new ways of making and seeing typography. The difference is that Rand’s method was based strictly on ideas of balance and harmony which hold up under close scrutiny even today. The new young turks, by contrast, reject such verities in favour of imposed discordance and disharmony, which might be rationalised as personal expression, but not as viable visual communication, and so in the end will be a blip (or tangent) in the continuum of graphic design history.

Heller had just fired a massive salvo in what would later be dubbed the Legibility Wars. Licko and Vanderlans never sought conflict, but were dragged in anyway. Design magazines lit up with fiery essays on both sides, including Emigre‘s publication of Jeffrey Keedy’s “Zombie Modernism”, a denouncement of ideologues who, seemingly having one foot in the grave, refusing to go down without a fight.

In time the flames burnt low, designers learned to get along, and Emigre became a record label, merchandise vendor, and leading journal for design dialogues. By 2002 circulation had dropped and Princeton Architectural Press took over its publication. Emigre moved to a smaller, simpler, text-friendlier format. Interest waned and the final issue was published in 2005.

For the twenty-fifth anniversary of Emigre, VanderLans compiled writing and photos of pages from the sixty-nine issue run into Emigre No. 70, The Look Back Issue. It could have been easy to make Emigre No. 70. VanderLans and Licko could have picked only the best, providing readers with a narrative about postmodern graphic design similar to Rick Poynor’s No More Rules: Graphic Design and Postmodernism. VanderLans and Licko chose another path. 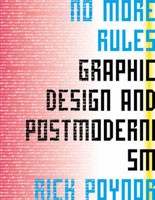 Emigre No. 70 is an eclectic mix that makes no attempt to impress. It does not attempt to reconcile with existing narratives of the era. Selections are not limited to graphic design; it opens with fiction, poetry, and interviews from the earliest issues. Nearly every aspect—good or bad—of the layouts was adapted to this new format, in some cases probably worse for it as wider sentences dive-bomb gutters. From there it contracts into a wild mix of design writing. Essays and interviews contradict, criticize, and undermine each other, the theories behind them, the clients that drive design, and the entire design field. 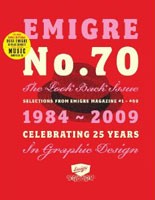 We are better off with this eclectic Emigre No. 70 than with the the idealized book it might have been. It took great courage to publish this book instead of a greatest hits compilation. These screwball layouts and under-edited articles will appear bad to some readers, but they give vital context to some great writing. This narrative gives readers personal insight into the minds behind postmodern design theory. Extant views of postmodernism often fail to impart how small the movement was, how little it was really trying to achieve, how quickly some of its academic proponents moved on, and how unrepresentative this work is of mainstream graphic design at the time. I prefer this humbler narrative by participants who seem uninterested in status.

Those who read Emigre the first time around will find nothing new here. Those on limited budgets will be annoyed at the amount of content in this book available in cheaper books or online; but to students of history or designers who want to think about design theory from varied angles Emigre No. 70 will be invaluable.

About the author
James Puckett left a career in IT to study at the Corcoran College of Art and Design in Washington, DC, where he graduated with honors. While at the Corcoran he developed a passion for typography that resulted in a thesis on versatility in type design. The interest in type design sparked by his thesis led James to pursue commercial type design after graduation. James now resides in Manhattan where he designs type for release through his foundry, Dunwich Type Founders. @jamespuckett