The Making of Vesper

By Rob Keller Vesper was developed over the course of almost three years. For this article, I’ve divided the process into two stages: #1 during my studies at the University of Reading; and #2 After Reading. Hopefully through this highly-condensed-yet-still-rather-wordy account of this project you will learn some interesting bits regarding my first major type […]

END_OF_DOCUMENT_TOKEN_TO_BE_REPLACED

One Hundred Days I don’t usually do these single-item posts, but just had to share this. An alphabet created using items from the Mitchell Library’s broad and eclectic collections—with wonderful results. Some of the letters are accompanied by videos explaining the origins of their constituent parts. In celebration of their centenary. Thanks to @ashmorris

END_OF_DOCUMENT_TOKEN_TO_BE_REPLACED 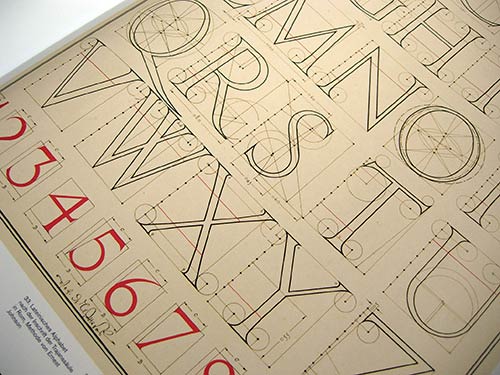 Reviewed by James Puckett Yakov G. Chernikov (1889–1951), was a Russian artist, designer, and architect learned in classical and modern styles. As a draftsman he was on par with Piranesi and Rembrandt; his most forward-thinking drawings resemble the style of Yoshitaka Amano. This combination of knowledge and skill made him one of the most accomplished […]

END_OF_DOCUMENT_TOKEN_TO_BE_REPLACED

Wishing on a typeface

By Nadine Chahine Nadine Chahine is a type designer for Linotype GmbH, where she is also Branding & CI Manager, and Arabic Specialist. She designed Frutiger Arabic with Adrian Frutiger and Palatino Arabic with Hermann Zapf, for which she won the Certificate of Excellence in Type Design from the TDC. Today I’m excited to announce […]