I’m struggling to keep up with all that’s new in type. Exciting times. Lots of great new releases, and some very novel and creative uses of type and lettering. Let’s jump straight in.

Something a little more serious: a short profile of the wonderful Gerard Unger, the designer of one of my all-time favourites, Swift:

And talking of Swift, Linotype has just released an updated version. Originally designed by Gerard Unger in 1985, in the mid-90s he redrew all the fonts with PostScript outlines. Swift Neue LT Pro (or Neue Swift), its latest incarnation boasts an expanded character set, and OpenType features. Long overdue for such a great face:

And from Dutch type to Dutch ads of the 40s & 50s, in this great little Flick set from Henk van het Nederend: 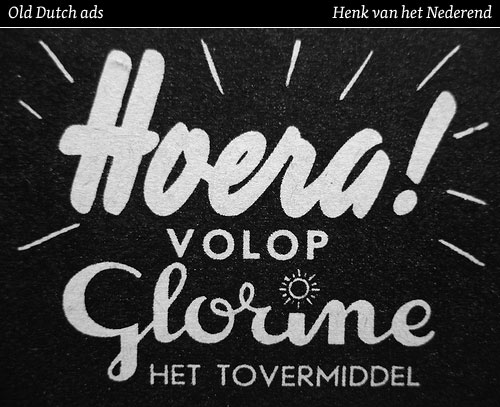 This Blue Flickr set, doesn’t comprise type-related imagery only; however, there are some great ones in there, including this sign:

Last week, I mentioned the release of Ale Paul’s latest script, Semilla. He’s teamed up with French photographer Stéphane Giber to bring us some wonderful specimens:

You can see the specimens on Behance, buy Semilla from Veer, and see more of Stéphane’s work on Flickr. — via @typegirl

Fell in love with this the moment I set eyes on it. The work of Matheus Barbosa: 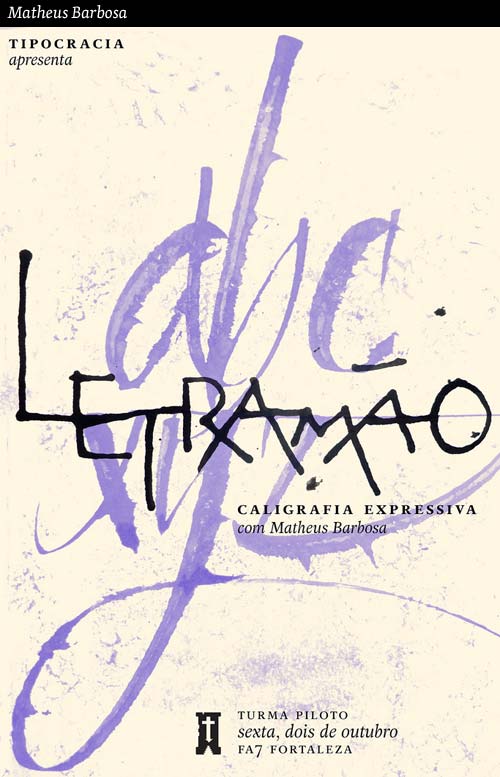 The work of Jeffrey Osborne:

Carolyn Sewell’s Pedestrian ‘Typography’ Flickr collection. No typography in there, but some lovely lettering:

This brought to mind the Guardian newspaper’s 1977 April Fool’s about San Serriffe. This is the work of the Verona-based Happy Centro design studio:

I wouldn’t mind a few copies of TYP (not to be confused with the Czech title TYPO): 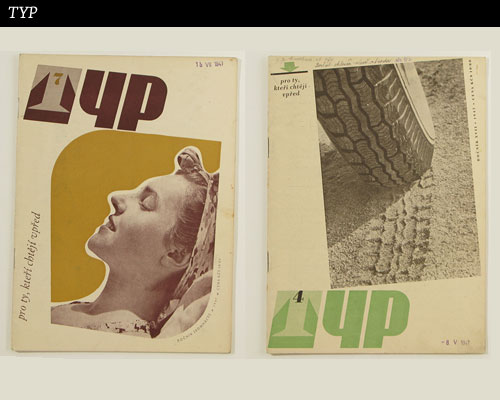 Anyone have a Flickr set of TYP spreads? I bet David Březina has a stack of them. — via @mmcgovern.

A fun Flash experiment from The Man in Blue. Bokeh Type: 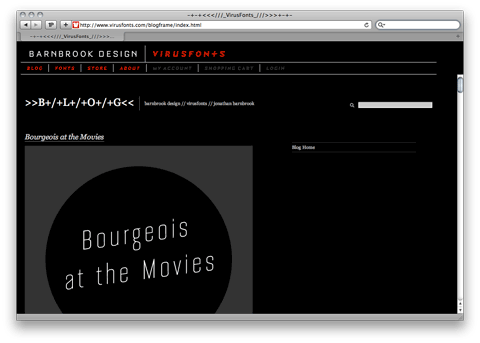 And here’s the latest from Jonathan’s Virus foundry, Hopeless Diamond:

Which leads us on to a raft of other new releases: 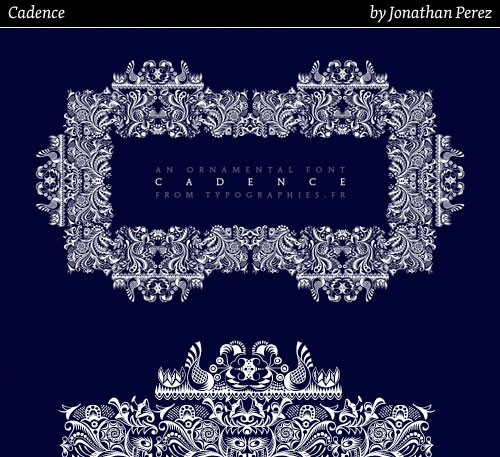 You really must see the Cadence PDF specimen.

Kris Sowersby is an exceptional type designer, so I’m very pleased to get a sneak peak at his upcoming sans, Karbon:

The above scaled-down image doesn’t do it justice, so please visit Kris’ foundry site KLIM for a better view.
There’s also Karbon Slab Stencil, commissioned for Winegrowers of Ara via Parallax Design; though I’m no fan of stencil types.

Interestingly, yet another to be spaced with Igino Marini’s iKern service.

Almost missed Alright Sans which was released in August. Drawn by Jackson Cavanaugh:

If you’re looking for a movie partner, a pal to watch a DVD with, then I suggest you do so with anyone but Mark Simonson. And if you do, then disable the pause button on your remote. Read The FontFeed’s post, Mark Simonson’s Changeling Stars In Star Trek to discover why. 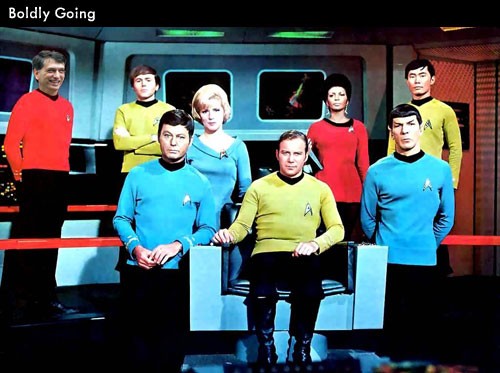 A free Restraint letterpress print for one person who can name the character Mark replaces in my dreadful PhotoShop rehash, plus the name of the typeface used in the caption “Boldly Going“. Don’t write your answers in the comments; instead tweet & append your answers as hashtags; e.g. #Stanley_Morrison #Proxima_Nova. I’ll choose a winner tomorrow. 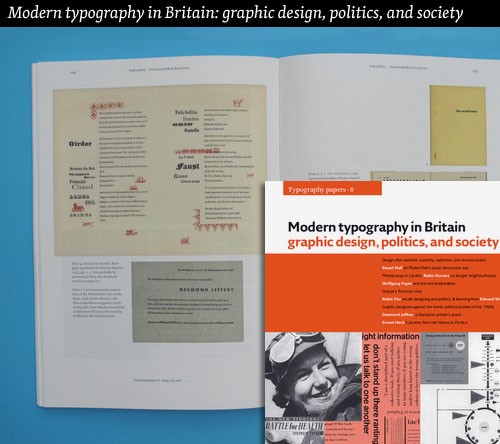 From the Dept of Typography at Uni of Reading. 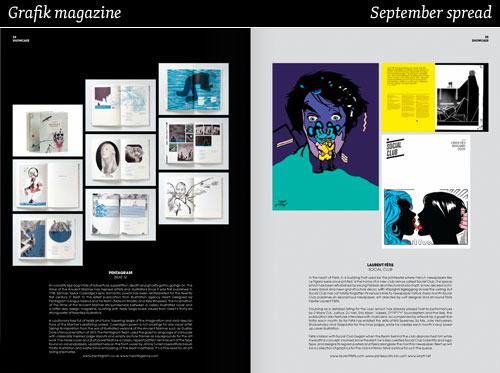 A great piece on the German MyFonts blog about the making of Tim Ahrens’ Facit: 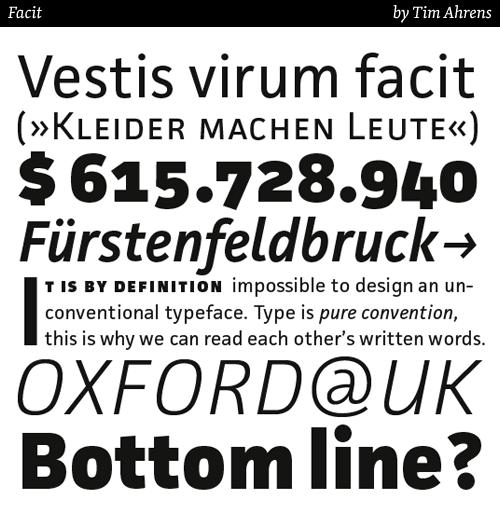 Surprised not to see more of Facit; it’s a pretty special sans. Google translate will give you the gist.

I actually remember this chocolate — at that price.

Be sure to read CR Blog’s piece by Gavin Lucas, on Maker Difference: pop-up letterpress studio: 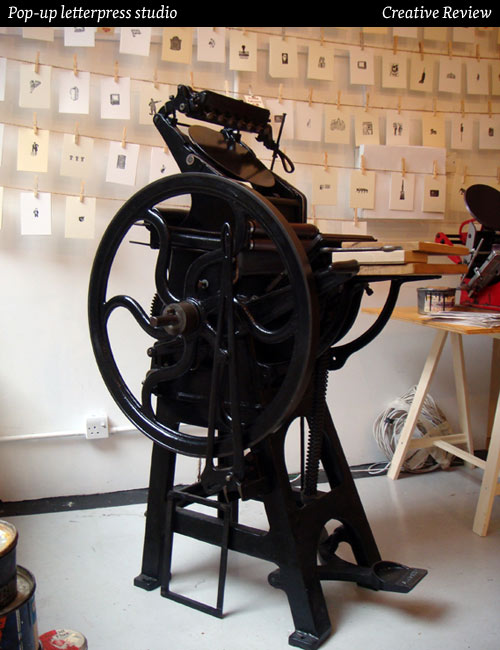 Second, Type Goodness. Great little site; just a pity there are so many ad’s plastered everywhere: 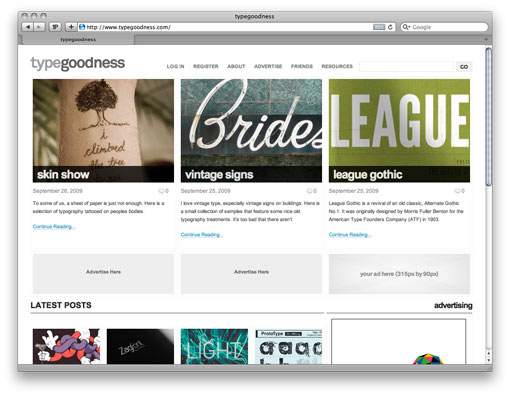 And a nicely redesigned TypoJungle: 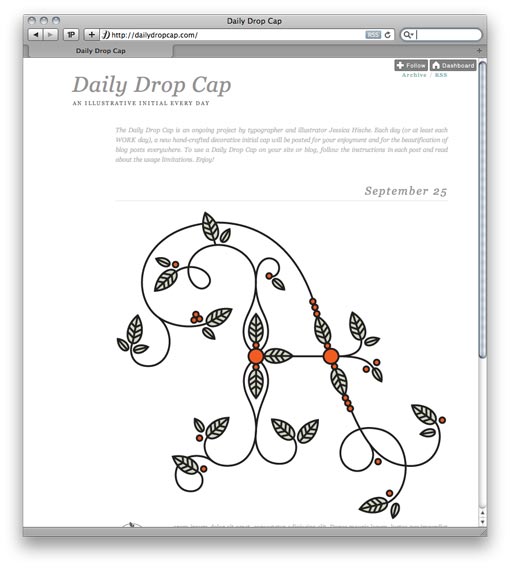 From the Open-Source foundry, The League of Moveable Type League Gothic:

I’ll conclude with my WLT pick of the week. A still life photo from Trevor Dixon: 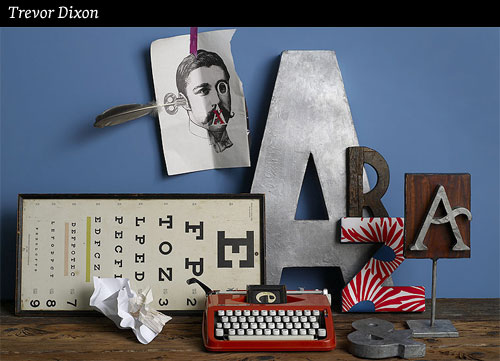 Thanks for reading, and enjoy what’s left of your weekend.