“The truth of the terse but expressive ‘dead and forgotten’, comes home with peculiar force to the searcher after information about the individuals who have developed the art and craft of typefounding.”
– William E. Loy

The Industrial Revolution is often seen as a black hole in the history of typography. In that era the role of the punchcutter changed to that of a largely uncredited factory worker. Records of who worked on individual typefaces are sparse. Today it can seem as if there is practically no information left about the designers of the nineteenth century. 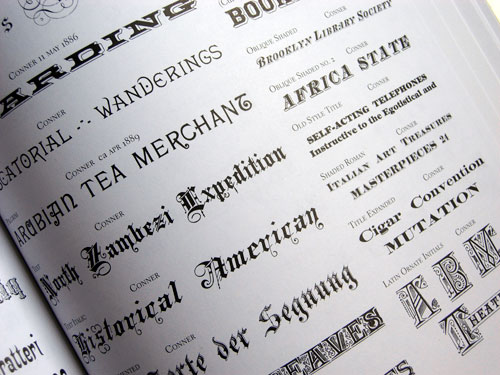 William E. Loy was a type vendor, printer, and writer. Loy was unhappy to see so little credit given to the designers of the types that he had spent decades using and selling. In 1896 he began work on a series of articles profiling type designers that appeared in The Inland Printer, the leading journal of the trade. Drawing on a lifetime of connections he obtained biographical information, photographs, and lists of designs to use in what he termed “sketches” about twenty-seven type designers. It was also his wish to include images of their work, but he was unable to do so for technical reasons.

Years in the business and use of firsthand sources make Loy a very credible source about the period, which spans the heyday of wood type and artistic printing. This credibility is so important because his articles identify the origins of important electrographic and pantographic techniques as well as the artistic printing movement (credited to use of John M. Wehrle’s Ornamented No. 1552, A.K.A. Ray Shaded). Loy’s biographies are brief but enlightening, examining the origins of nineteenth century American designers in England, Scotland and Germany and their subsequent immigration to the United States. The writing avoids speculation in favor of fact glazed with praise for the quality and importance of the type. Each sketch is brief, but packs a good deal of information by not dwelling on trivia.

Nineteenth Century Designers and Engravers of Type republishes Loy’s entire series of articles about America’s type designers. Editors Alastair M. Johnston and Stephen O. Saxe have furthered Loy’s work by using patent records to track down more typefaces not in Loy’s lists. Paired with the articles are images of over 800 typefaces by the designers reproduced from period specimen books. Annotations provide additional information and note typefaces not originally attributed by Loy. 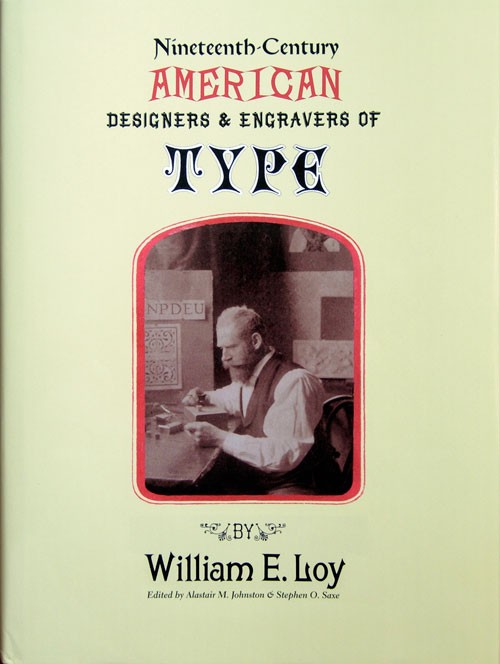 In addition to Loy’s articles the introduction provides a biography of Loy and some of the letters he sent out to launch the project. Loy’s letters can be enjoyable reading, particularly when they turn to gossip about piracy by the Barnhart Bros. & Spindler foundry.  An appendix guides researchers in the process of finding type patents and lists the patents and specimens that contributed to this book.

The importance of this book cannot be overestated. Nineteenth century typeface designers have too often been written off as hacks chasing novelty. Loy’s articles, published alongside specimens of the design, allow us to examine the quality and innovativeness of the type these men designed as well as how they appropriated and advanced each other’s ideas. Nineteenth Century American Designers and Engravers of Type belongs in every type aficionado’s library.

“Readers of The Inland Printer have undoubtedly felt under obligations to Mr. Loy for placing on the record the history of these men, and will appreciate the help he has been to the craft in searching out this information and presenting it to them in such a readable and careful manner.”
— Attributed to the Editor of The Inland Printer

James Puckett left a career in IT to study at the Corcoran College of Art and Design in Washington, DC, where he graduated with honors. While at the Corcoran he developed a passion for typography that resulted in a thesis on versatility in type design. The interest in type design sparked by his thesis led James to pursue commercial type design after graduation. James now resides in Manhattan where he designs type for release through his foundry, Dunwich Type Founders.