The making of FF Duper

Berlin-based Martin Wenzel might be best-known for his TDC-awarded sans serif family FF Profile. He runs his own studio, focusing on type and communication design and teaches type design at the Design Academy Berlin. Martin also runs his own shirt store WordsOnShirts that features some nice hand lettering designs. 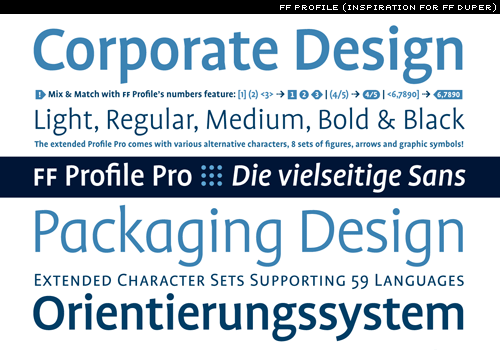 Martin has just released a highly typographic handwritten family for professional use: FF Duper. This typeface is a reaction to the projects he concentrated on before: text families, text families, and text families. 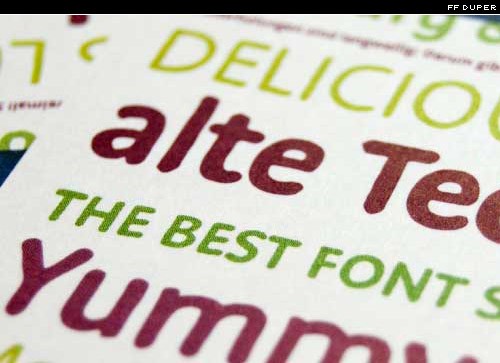 The time was ripe for something casual, a typeface with a home-made touch but just as complete and rich in features and character set as everyone would expect from an OpenType font family. 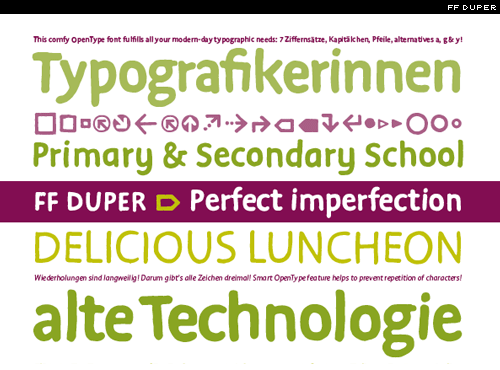 The special extra: All weights contain three versions of each glyph that are used in succession, treating vowels and consonants separately and recognizing even spaces between words for a lively and hand-made appearance of the typed text via an OpenType loop. This makes for individual results each and every time you type. In the end, FF Duper became an extensive type family, that can even be used to set body text. The video below gives not just an impression of how time-consuming type design is, but also demonstrates how a modern OpenType font family is created.

FF Duper consists of Regular, Bold, Regular Italic, and Bold Italic, and supports 40 languages (FF Duper Pro supports 64), has several figure sets and fractions and includes alternative forms for a, g, and y as well as a set of arrows, bullets, and ornaments. A great alternative to…?