An Interview with Nikola Djurek

Born in Zabok, northwest Croatia, his passion led him to Italy and then on to the Netherlands where he studied type design. Nikola now teaches at the University of Zagreb and the Academy of Art in Split. Among his types are Tempera, Tempera Biblio, Greta Display and Greta Grande (with Peter Bil’ak), and Amalia. He also designed DTL Porta for use in the newspapers of Dutch publisher Wegener. Nikola very kindly took time out of his busy schedule to answer some of my questions.

Which letter do you design first?

I don’t really have a letter that I design first. I first think about construction (translation, expansion), proportion, contrast, and then I begin to make sketches in the way that I prefer; it can be a different letter each time, but it’s usually a lowercase letter, and then maybe two caps just to gauge the proportions.

Can you tell us something about type design in Croatia?

What do you like best and least about designing type?

I really like type design, and there really are few things I dislike (correcting things can be painful sometimes, because in most cases it’s a never-ending story). But I really like to do calligraphy, stone carving, making sketches, digitalize, and to use Python which really speeds things up — mostly in the production phase of font development. I also like to use great new software that Erik van Blokland, and Tal Leming, Just van Rossum are making (Robofab, Superpolator, Prepolator, Metrics Machine) and the very useful tools that Frederik Berlaen is making.

What was your inspiration for Amalia?

The typeface is named after my grandmother Amalia, who was extremely handy at writing with pointed pen and who embroidered her sketches on table cloths. 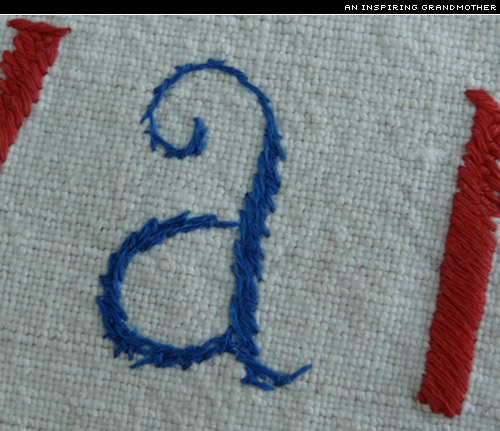 It developed naturally after sessions of practicing writing with pointed pen. Soon after that, the first, single-weight digital version was designed. Next, I completed the family with three more weights and made further amendments to the original designs. Amalia is available through OurType. 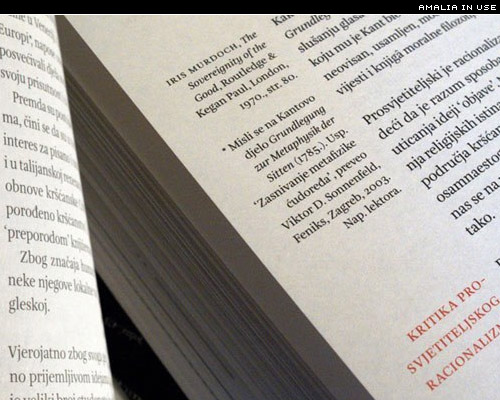 What are you working on now?

I have a few projects on the go right now. We (Peter Bilak and me), just completed Greta Display and Greta Grande published through Typoteque.

I will release my new typeface Brioni on Typoteque. 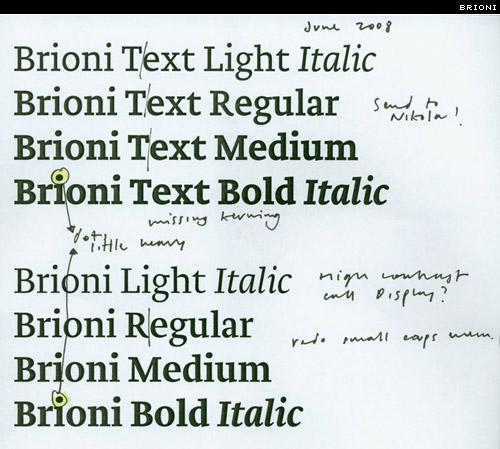 I also plan to release other new typefaces on Typonine — Tesla (a typeface that I made for the Croatian edition of Playboy),

What future ambitions do you have?

This year I started Typonine, my own font foundry, so my ambition is to make it a nice font foundry (nothing big), where I will publish some of my fonts. Also, teaching is still a great ambition for me, so I spend a lot of time teaching at the University and Academy of Art.

What’s your inspiration in type design and in life?

Lots of things inspire me: signs in the city, old posters, nice books, the sea, the hill that I’m living on. It’s hard to say — probably everything that surrounds me. In type design my biggest inspiration is, probably, the Den Haag scene and the great designers from there, especially teacher and designer Gerrit Noordzij. I’m quite connected with The Hague (friends and teachers). 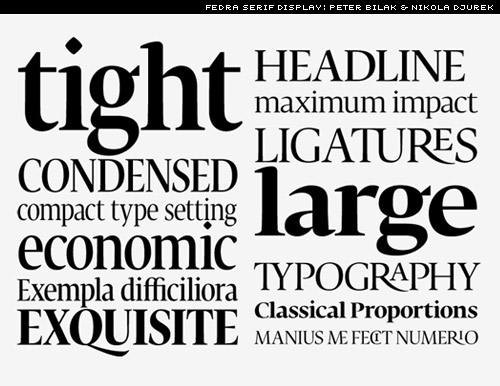 What do you do besides type design?

As I mentioned before, I’m teaching at the University and at the Academy of Art. I also do graphic design (mainly books and book covers), and I have several hobbies: playing drums and trumpet, taking photos of everything, and spending time in the family vineyard (helping and learning how to make perfect white and grey Pinot).