A Year in the Life of…

I mentioned Marian Bantjes’ work for Creative Review last week. Here she is again, with a stunning laser-cut poster: 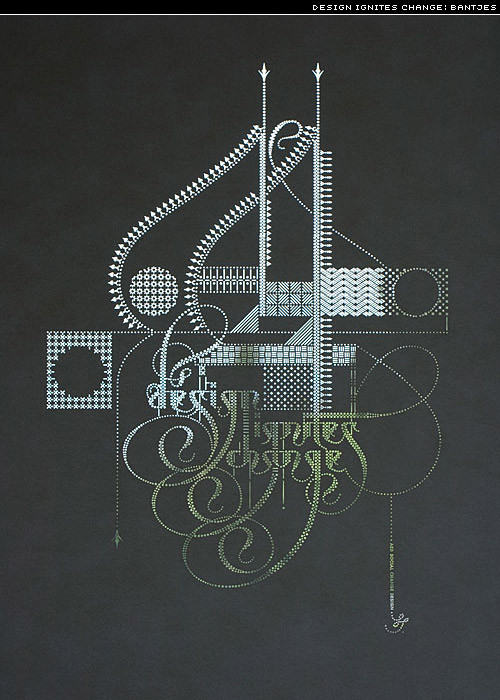 To see more images, and to discover why it was cut from the front rather than the reveres side, visit Marian’s site.

A very simple and effective type treatment from VW, highlighting the smooth transition of its new electronic gearbox:

We’ve had type-themed scarves, t-shirts, scrabble, chocolate; we’ve even had potato type and those gorgeous metal ampersands from House Industries. If thinking of all that has made you somewhat dizzy, then rest your weary head on one or all of these: 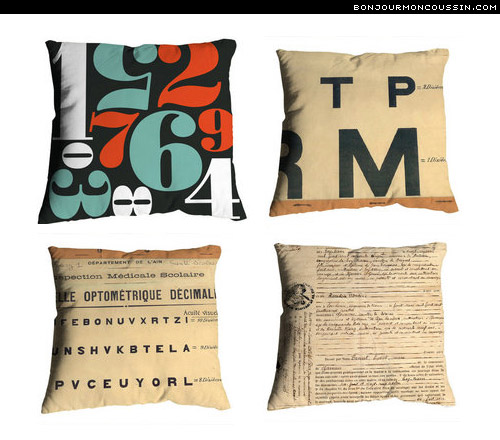 From bonjourmoncoussin.com. Thanks to Yuki.

A quick review (in French) of a wonderful little book 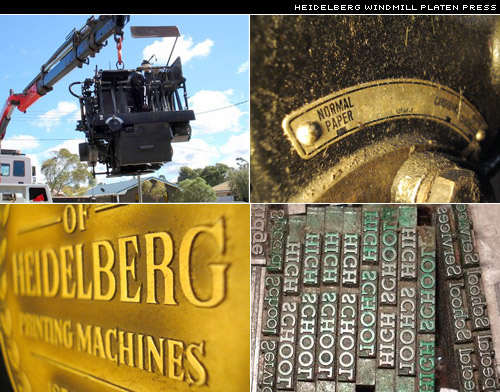 There is something special about the printing method that is letterpress. Brief affairs between the very real metal type and beautiful uncoated stock produce children of tangibility, each slightly different, but always of the same family.

You may not have space for something like this, but why not start small. See Ben’s Letterpress from Scratch for more.

A voluptuous script from Font Bureau. Designed by Richard Lipton, and inspired by the lettering of Raphael Boguslav, she goes by the name of Sloop. An unusually inelegant name for such a lovely type:

Gary Hustwit (Helvetica, the movie) recently announced his latest film Objectified, all about industrial design. The poster for the film has appeared everywhere, but just in case you missed it: 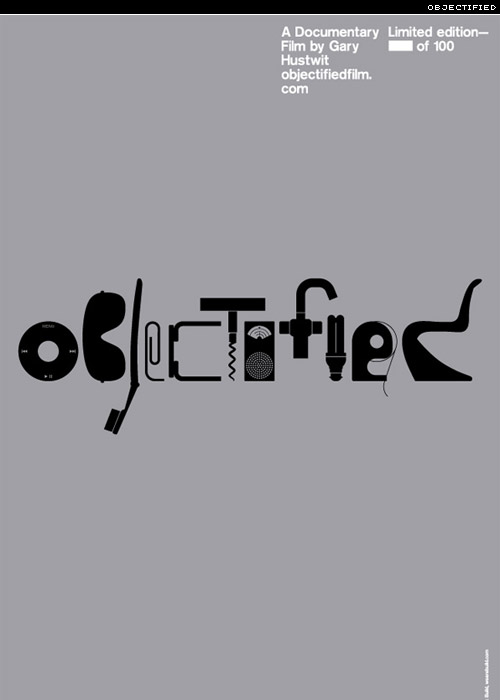 The film will premiere in early 2009. Oh, and there’s an Objectified t-shirt too.

Morisawa FontPark is similar to Jose Rodriguez’s Type Is Art, only you get the opportunity to play with Japanese characters. Here’s one I did very quickly using my own name written in Hiragana:

Careful! It’s addictive. The first version of FontPark is here. If your wondering what your name looks like in Japanese, then try the Japanese Translator tool.

Thanks to those who sent in their type doodles after the Napkin Type article. Here’s a great one from Leila Singleton: 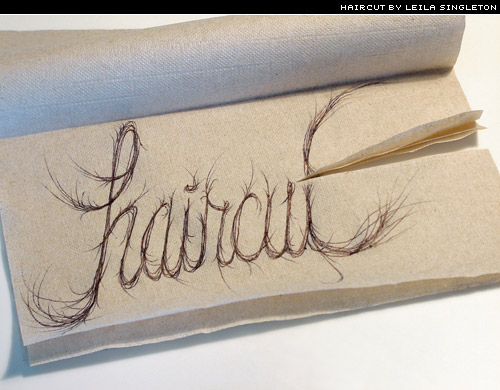 I’ll photograph my own efforts and post soon. If you’d like to see yours here, then simply mail it to jboardley(at)gmail(dot)com. Keep them coming!

And from Napkins to coffee, here’s a beautiful ‘doodle’ from Eduardo Berliner: 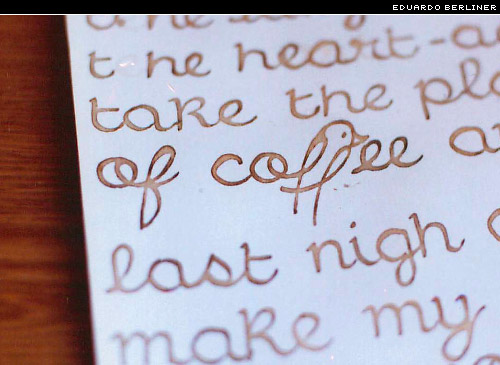 Thanks to Gerry Leonidas. I’m off to fill my pen with coffee.

A sublime italic. Now name your favourites. Even a top three will do.

Ministry of Type just gets better and better. Aegir recently published a great article on Glagolitic:

A great interview with Tomáš Brousil, the guy behind the SuitCase foundry, and designer of BistroScript, Dederon Sans and Serif, Gloriola, the free Metalista, and my personal favourite RePublic. 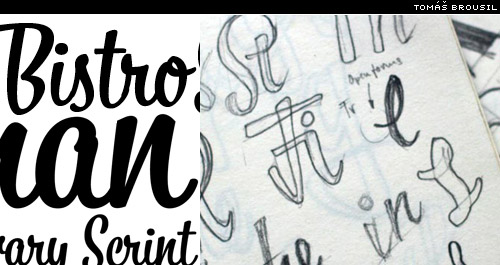 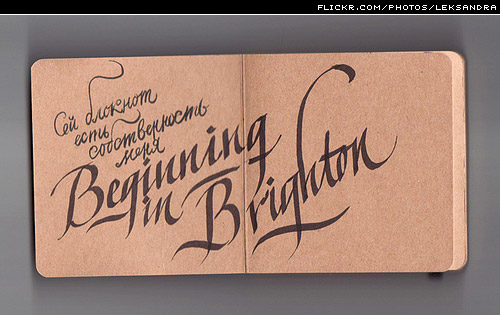 And besides the lovely lettering, take a look at the fence: 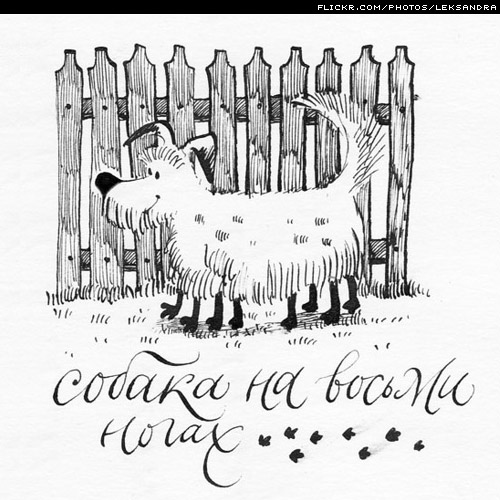 I’m often asked to recommend resources for getting started designing type. I’m no type designer, but, in my opinion, Gunnlaugur SE Briem’s Type Notes has to be one of the best places to begin. And don’t forget Alec Julien’s So you want to create a font series. Anyone else have suggestions?

Back in December 2007, I interviewed Neil Summerour of Type Trust. Since then he’s been pretty busy working on, among other things, Aaux Next, a new 72 font super-family:

As a special offer to iLT readers if you enter ‘iLTAAUX’ in the promo code field during checkout you’ll receive an additional 10% off any Aaux Next purchase.

Mid week, I’ll publish an interview with the type designer behind this typeface:

I wonder who that could be? The following week, there’s a great article from a couple of graduates of The Hague, recounting their experiences on the Type and Media course.

Thanks for reading. Have an inspiring week.