At the Press of a Button

Thanks to those who read and commented on Ben’s Letterpress from Scratch article. There appears to be something of a resurgent interest in letterpress. In fact, getting started is not particularly expensive. If you’re looking for more information on getting started, then be sure to take a look at the British Letterpress site, and the Briar Press Forums; and if you’re looking for equipment (metal type and the like), then even Ebay is a good place to start. If you know of local resources, or you’re a letterpress printer, then be sure to let me know, and perhaps I can then create a letterpress resources page.

When Chris DiNicolas sent me a link to this photo, at first I thought, nice photo, but perhaps he’s sent it to the wrong person. Then I looked again: 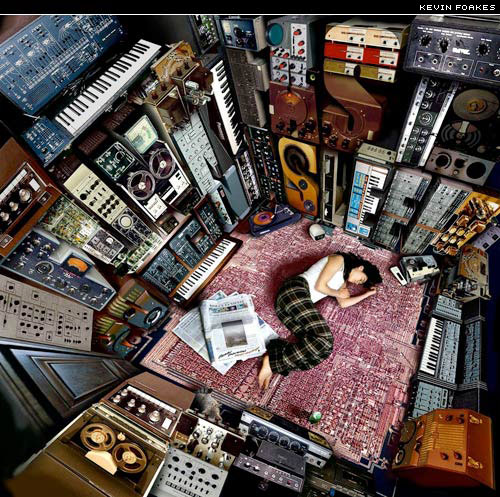 A wonderful video featuring a Linotype machine and the entire book-making process, ca. 1947. It’s well worth watching the entire video:

Via the brilliant underconsideration. And if you’re interested in seeing a little more of a Linotype in action, then watch this:

And if that isn’t enough to sate your appetite for Linotype, then see the Wikipedia entry, where you can also download the Linotype “manual”.

If you’re wondering what happened at TypeCon 2008, then take a look at Grant Hutchinson‘s Flickr set. Anyone else have photos / experiences they’d like to share. Did you attend?

Today I received, all the way from Chicago, my copy of Coudal’s Field Tested Books book, and screen-printed poster. Highly recommended. The book is set in Electra (a Transitional style face—think Baskerville; relatively high contrast). Works well in this book. The sans used for headings / subheads is Berthold Akzidenz-Grotesk; not one of my personal favourites, but it does contrast well enough with Electra to do its job. 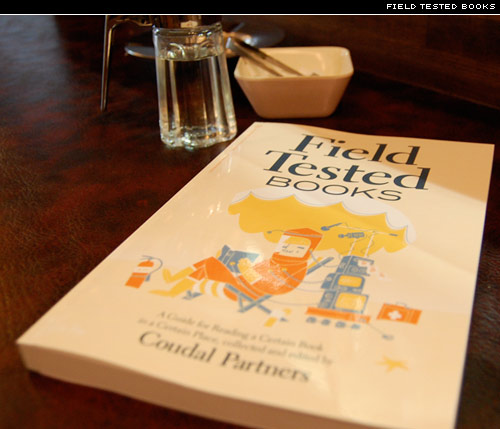 Also kudos to Coudal for actually including “A Note on the Type”. I really wish more publishers would do this. Oh, and it’s a really great read too. One of my favourites is Eric Spitznagel on Orwell’s Animal Farm. It’s limited edition, so hurry if you want to get a copy. 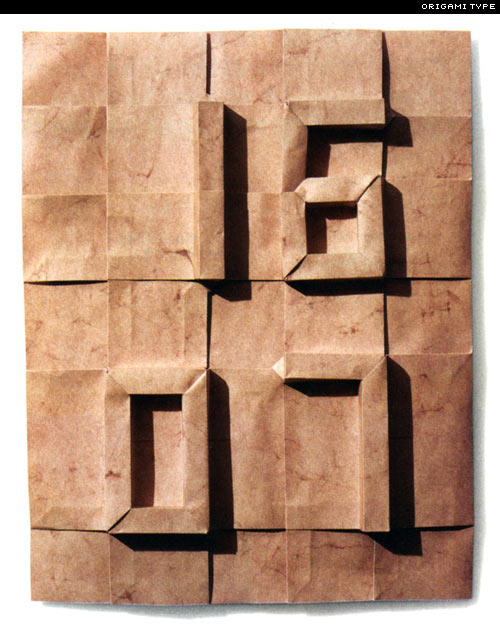 Tried unsuccessfully to find more of this kind of thing. Anyone know of any origami or origami-inspired type or lettering? Many thanks to Mark Schenk.

And there’s even a nice type going by the name of Origami Std. Designed by Carl Crossgrove: 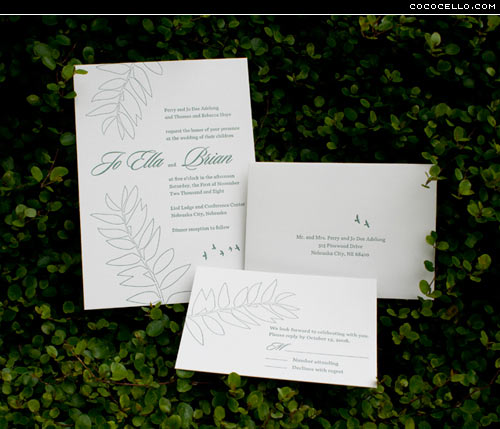 We All Love Typography

15 Awful Mistakes Made by Designers in the Music & Apparel Industry

MyFonts Rising Stars (and MyFonts.com will be redesigned. About time!)

Setting Up a Baseline Grid—Aisleone

Remember that Village is pretty unique in offering the Taste Test,

If you purchase a single weight (or more) of any typeface we offer, then return later to buy a family set, we will credit you the amount of the original sale.

Some wonderful lettering from Linzie Hunter, the woman behind spam lettering (spam subject lines turned into beautiful hand lettering). Thought I’d mentioned her before, but I hadn’t, so here she is: 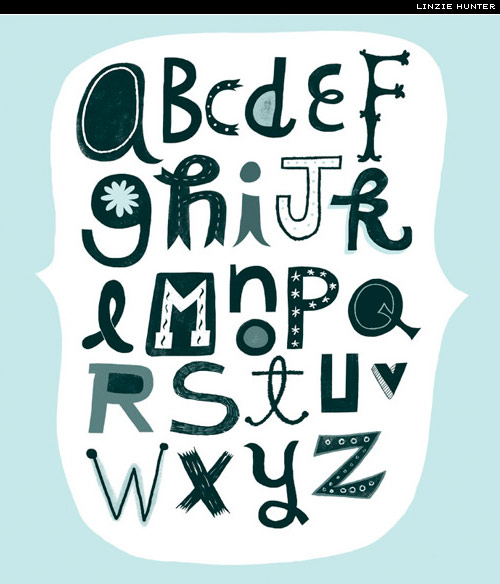 She’s also author of the Secret Weapon Postcard Book, to be published in November. 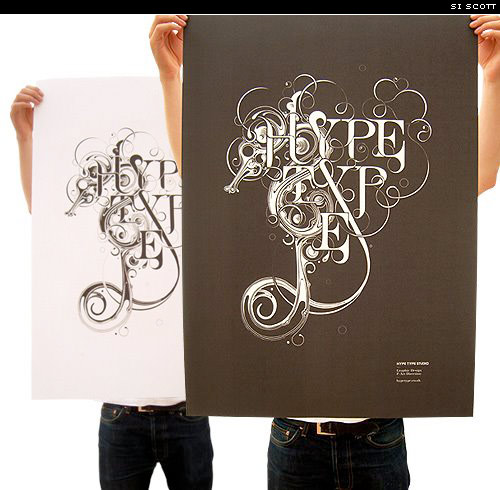 Thanks to Keith Symonds. 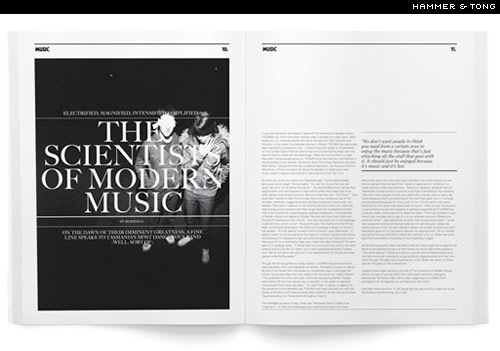 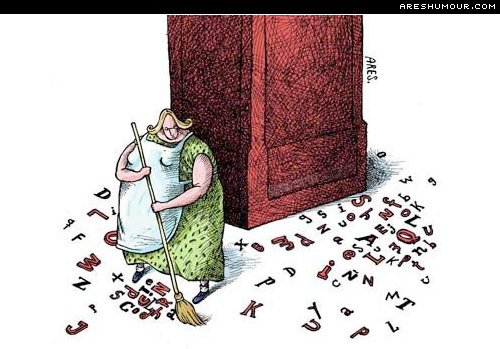 The Spoilers print from Oliver Moss, and available at Threadless: 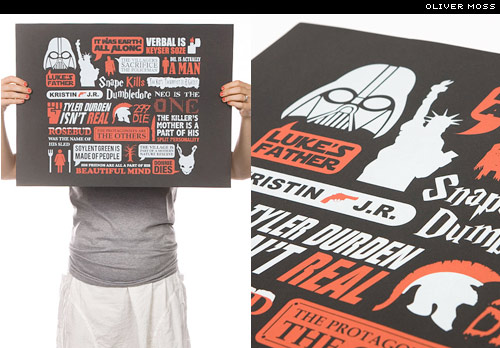 Via How Blog | NotCot 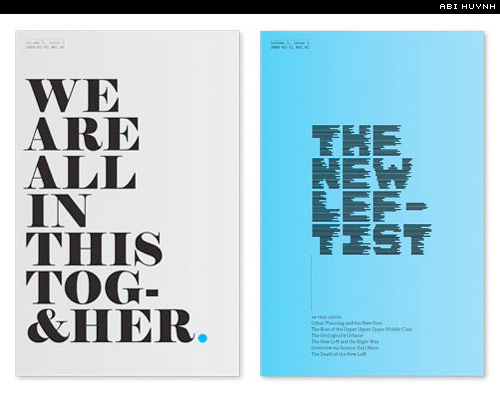 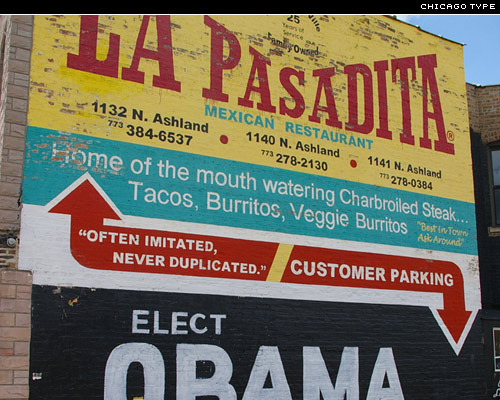 A new magazine and and an interview with Erik Spiekermann. An interesting interview, where Spiekermann talks about his joy of designing numbers. 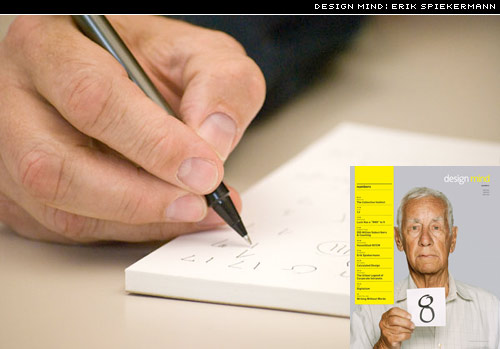 And, no, that’s not him on the cover. Relaible sources tell me professor Spiekermann is in fact only 39 years old.

Figures are actually my favorite part of type design.—Spiekermann

In my own experiments in type design, I concur. I’m having most difficulty with the numerals. It’s easy if you copy or modify those from an existing font; but try to draw them from scratch—not at all easy. Mine look like they’ve been involved in (two) traffic accidents.

I was a little disappointed to read one of the negative comments on the interview. I don’t see myself as a Spiekermann fanboy (though he was setting and designing type when most of us were still in diapers), but the guy has given a lot to type, including some damn fine typefaces; and for that he’s deserving of at least some respect.

FFFFound pick of the week 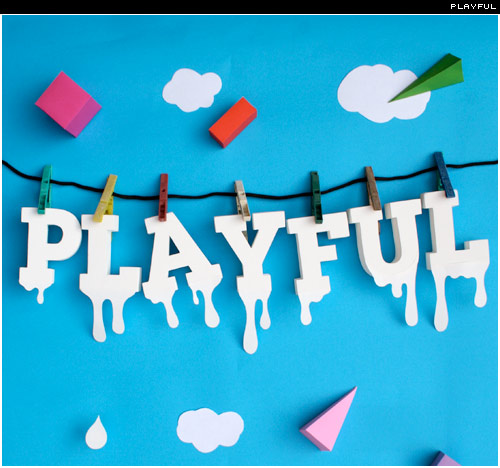 . Thanks to Benjamin Fritz who tells me it’s from Pablo Alfieri. Since learning that, I’ve discovered this piece too: 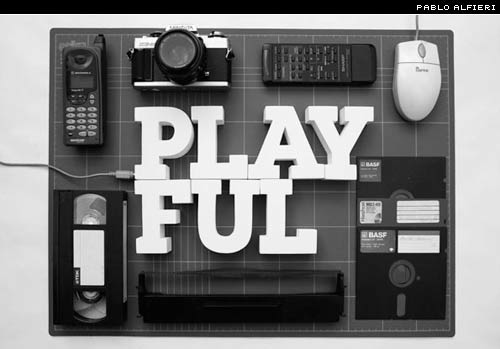 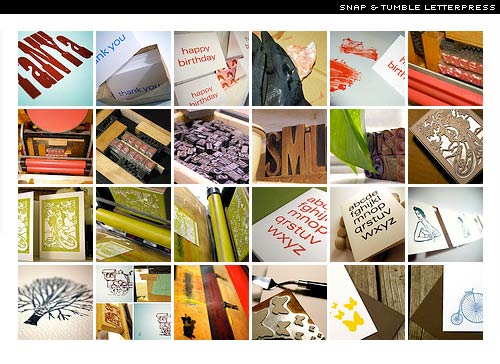 They also have a blog.

I’m a fan of Roel Wouters’ (aka Xelor) work: 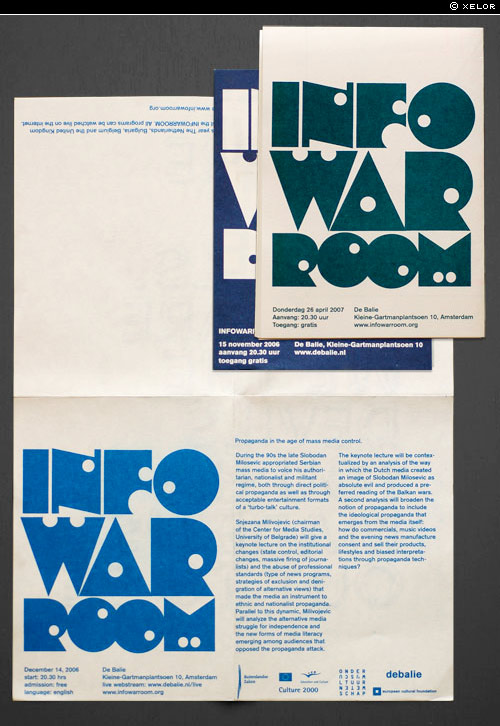 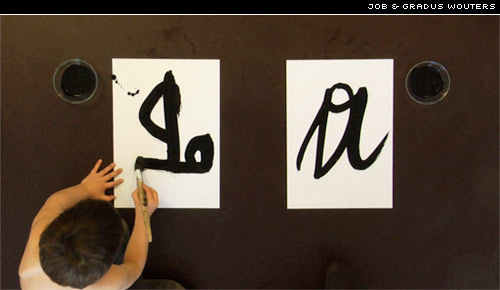 Sunday Type: napkin type was one of the most popular ever Sunday Types. A number of readers sent in their own type doodles. Here are a couple from Tobias Goth in Stockholm:

If you have some you’d like to send, then just mail them to [email protected] 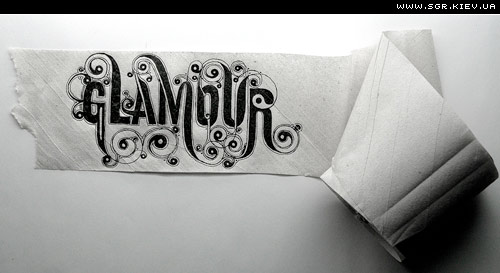 And let’s get the letterpress resources started with a good Brooklyn-based one: 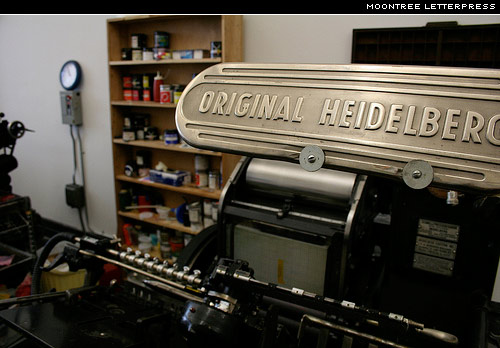 A couple of weeks ago, I mentioned Rajpurohit’s winning t-shirt design for Typohile. Emily at Punchcut reminds me that it’s only available through August 15th. So, if you want one, hurry.

I mentioned Ludwig Übele’s Marat here some weeks ago (in fact, I liked the lowercase a so much, I stuck one to my front door). Here is his latest type, Mokka:

Mokka is available in regular, bold and italic, and is accompanied by small caps. You can read more about it in the MyFonts July newsletter.

And if you think that Ludwig only draws serifed types, then take a look at his Helsinki, based on old Finnish traffic signage:

Who can name the type used in today’s header? Clue: it’s mentioned above. Thanks for reading, subscribing, sending links, emails; and thanks for all your great comments. Have a sublime week.