The late Evert Bloemsma created four of the most original, hard-working and forward-thinking typefaces in the history of type design. In order of creation, these are FF Balance (1993), FF Cocon (1998/2001), FF Avance (2000), and FF Legato (2004), all released under the FontFont label. As good as they all are, I shall be concentrating on his first. 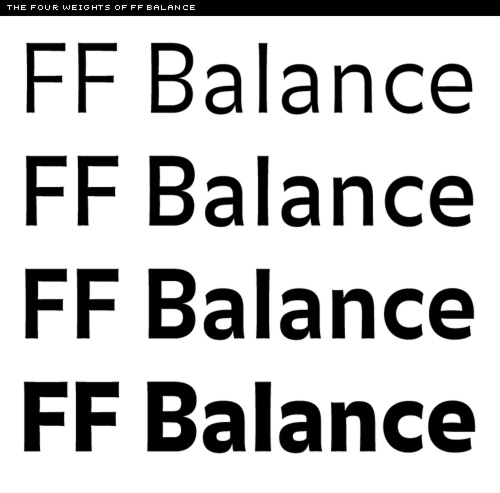 FF Balance first appeared in an embryonic state in Bloemsma’s 1981 graduation exhibition at the Arnhem Academy in Holland. After a long gestation period consisting of reworkings, re-drawings, digitization via Ikarus, postscript output and rejection by several foundries, it was finally accepted and released by FontFont. However, it has undeservedly seen little use, especially in New Zealand. Since we seem to be a nation full of pseudo-modernists caught up in the recent revival of interest in Modern Typography, it’s fitting that we rethink what sans serifs we choose to present words to the reading public.

During his time at the academy, Bloesmsma became fascinated with Swiss typography, even conducting an extensive interview with the Gridnik himself, Wim Crouwel.

It should come as no surprise that Bloemsma’s first typeface was a sans. He had an uncomfortable relationship with serifs; FF Avance is his only face that has them: “The serif has many purposes and possible origins, and it took some time before I felt ready to handle this item. The serif may carry a burden of outdated conventions, so applying serifs is risky when trying to avoid the swamp of traditions.”

To counter the lack of serifs, Bloemsma turned to those sans serifs that were around at the peak of cold Swiss functionality, but were too eccentric and warm to achieve popular acceptance.

For example, Lewis Blackwell wrote that Antique Olive, designed by the masterful Roger Excoffon, was “an attempt to offer a more refined sans serif than presented by Helvetica and Univers, but it was too characterful and too late to be widely adopted outside of France”. The salient features of Antique Olive are the top-heavy weight distribution and the inverted stress: the emphasis of horizontal strokes rather than vertical. 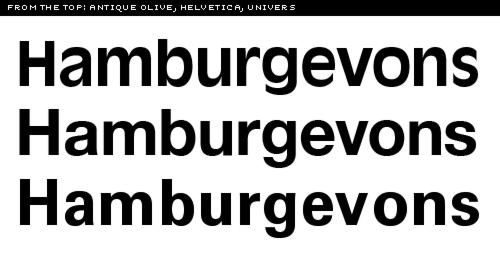 Bloemsma asserted there was no functional reason for the classic proportions in letterforms: “In fact, recognizability and readability largely depend on the top half of most characters. So perhaps enhancing this half can have a positive effect on readability.” In practice his theory works surprisingly well, considering how much the FF Balance letterforms deviate from traditional weight distribution.

Bloemsma took Excoffen’s ideas and extended them much further. He paid serious attention to the ‘white’ in letterforms, as much as the ‘black’. (The two are inextricably linked, just as a cup is only so because of the empty space inside.) 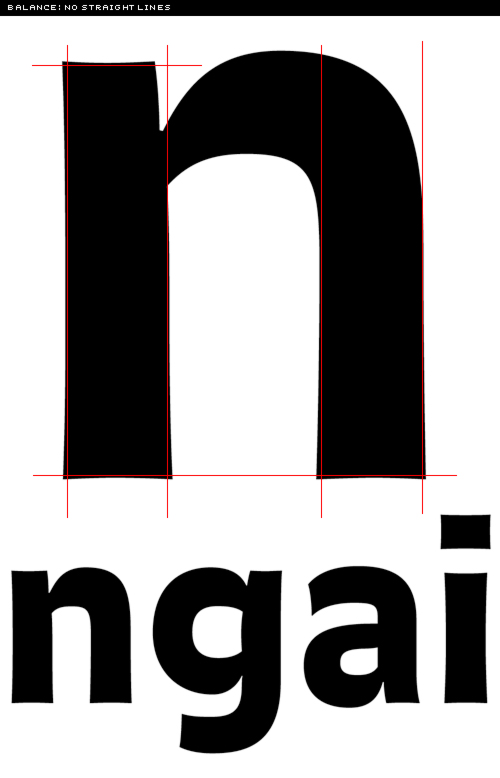 FF Balance hasn’t any straight lines; it consists entirely of curves. As his teacher Jan Vermeulen used to say: “A straight line is a dead line”.

Bloemsma explains: “As we know, in the old days the letterpress technique used to add something to the appearance of type on paper; the physical press/strength that really printed the letters into/on the paper was not just visible but also tangible. To the straight stems and simple curves of a typeface like Gill Sans, the letterpress process added tension and a natural irregularity. The tension between shape (metal, body) and counter-shape (emptiness, space) was visible.

“This tension was part of the beauty of many san serifs in particular… because it also expresses the infinite tension between the clean design concept and the embodiment in reality. In offset, this characteristic property is gone. Offset is flat. Shape and counter-shape are reduced to two dimensions,” he said.

Many serious typographers and designers regard letterpress as being the ideal manifestation of readability. Bloemsma was no exception, although he wasn’t intimidated by new technology and tradition. He took what seems to be a spiritual approach to creating letterforms, always keeping the reader in mind, always thinking, never taking a fashionable approach to creating type.

When the individual letters of FF Balance are enlarged the curves and unconventional construction are evident. But when we see it set as a whole in a paragraph at text size, these individual details submit to the whole.

The inner tension links the letters, words are created, lines flow and ideas are thus rendered transparently. FF Balance never forces itself to the forefront, yet it behaves with confidence and will not shy away into icy, constructed indifference. 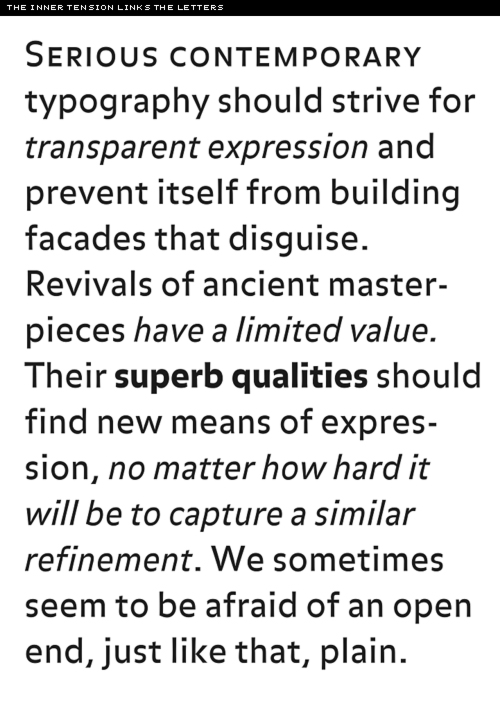 FF Balance comes in four weights, with italics and small caps. They all share the same width, which is rather unusual but very useful, especially if the designer needs to swap weights at the last minute; lines will retain their length! The lining numerals reside in the Roman weights and the Oldstyle in the small caps. My only technical gripe is that FontFont has not released an OpenType version, which would make typesetting far easier. 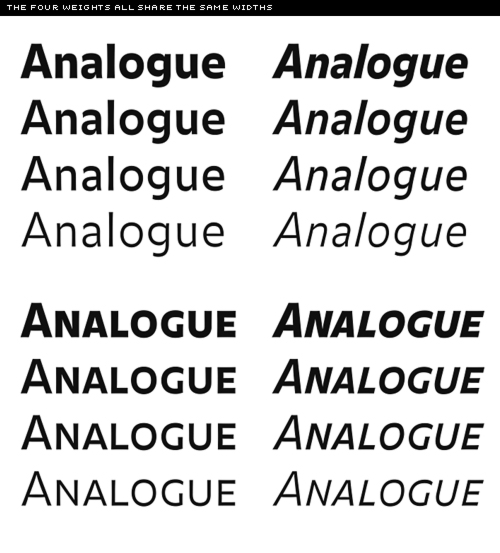 Evert Bloemsma died suddenly at his home in Arnhem on 22 April 2005. It is a terrible shame that a man with so much intelligence and original thought was struck down at the height of his profession. He gave more thought to one of his letterforms than most give to an entire typeface.

[Kris Sowersby is a professional type designer from New Zealand, and director of the KLIM Type Foundry You can see his own typefaces at Village.]