A ‘typographic’ tradition since Roman times, diminuendo is a type arrangement in which a large letter or word leads the eye, gradually, to smaller and smaller words until a standard text size is established. An abbreviated diminuendo is still seen today in the initial cap or large single letter that is sometimes used to lead the reader into a chapter of a book or a section of an article. 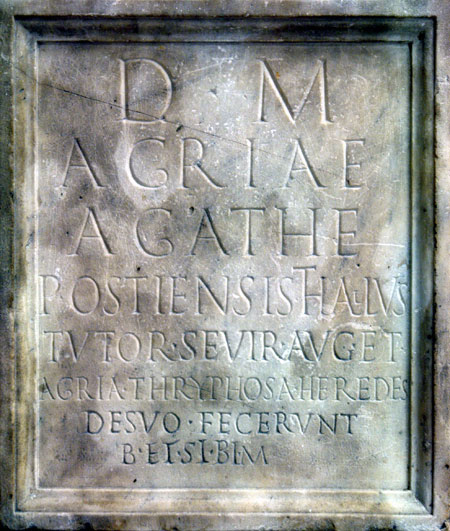 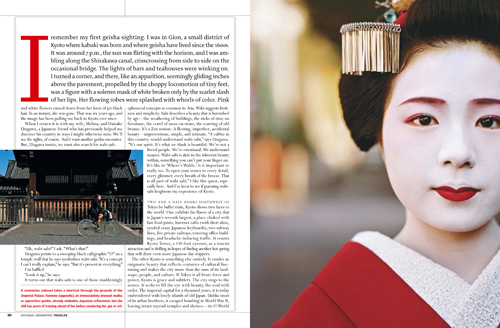 The alignment of type in a column is one of the most basic decisions a typographer faces. The three most common choices are flush left, or quad left, which implies a rag or ragged edge of line endings on the right side of the column; justified type, or quadded type, columns which have perfectly aligned type on both the left and the right; and flush right or quad right, implying a rag left, a ragged column on the left hand side. The rag, by the way, might be a rough rag or a tight rag. In practice, a tight rag is set by allowing for word hyphenations, and a rough rag occurs when word hyphenations are disallowed.

Some other type alignments are centered type, asymmetrical (or random) alignments, stacked type, in which the words or letters are stacked one below the next, bounced type, when the baseline of each individual letter bounces up and then down and even retrograde, type that is reversed in the sense of a reflection in a mirror.

Headlines are a common typographic element with many variations that includes the masthead or nameplate, as of a magazine or newspaper, and of course the standard headline or header, used to draw attention to a text that follows. Subheads commonly follow with secondary information. Some other variations on the headline are the jump head, the small headline above a full headline, and the running head or running header that runs through both books and magazines. A running foot or running footer is near the bottom of page, rather than the top. Sidebars or sideheads are sometimes useful for secondary information, as are the captions that often fall below photographs or illustrations. 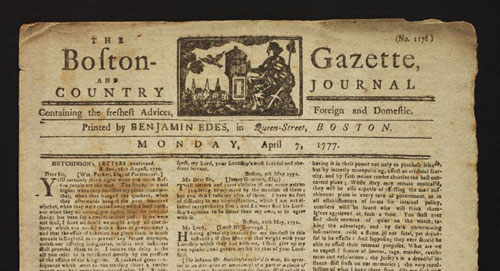 The headline evolved from the capsule-encircled cartouche of ancient Egypt, and is related to the logo or logotype which has come to dominate the modern visual landscape, which now includes typographic logograms, such as OpenType, in which the uppercase and lowercase letters are established, usually to maintain the corporate identity of the wordmark.

The opposite of a headline, the ultimate in humble text, the last information in many books, tucked near the bottom of the last verso (left-hand) page of many books, though sometimes it is near the beginning, is the colophon. The colophon is a paragraph or so of plain text that contains information about the design and production of the book, including the name and sometimes even the history of typeface or typefaces used in the book. Generally there is no headline to distinguish a colophon. It’s just there, humbly awaiting the eyes of those who are interested in these things.

Just as English has a tendency to absorb words from other languages, it is possible that typographers of the future will use terminology from related fields, such as comic books or graphic novels, which are now commonly accepted as literature. We are already well attuned to the meaning of emanata, the straight lines that emanate from a figure’s head in moments of surprise or astonishment, squeans, the centerless asterisks that resemble popping bubbles and suggest an alcoholic delirium, and the boozex, which is, as the name suggests, an X marked on a bottle to suggest booze. Grawlix refers to the sequence of typographic symbols used to represent non-specific ‘cussing’ such as might be spoken by a cartoon character such as Beetle Bailey (#@$%*!). It was, in fact, Beetle Bailey’s cartoonist, Mort Walker, who gave us the term. (He also named a few of the grawlix’s component parts, such as the jarn, a little spiral, the nittle, a crosshatch, and the quimp, a tiny Saturn-like planet.)

The language of graffiti culture, like that of hip-hop culture, with which it is closely allied, is deliberately cryptic. Graffiti is meant to be readable by graffiti artists and enthusiasts, but illegible to the general public. A writer refers to a graffiti artist. A crew is a loosely organized group of writers, who often write the initials of their crew members along with their own name. 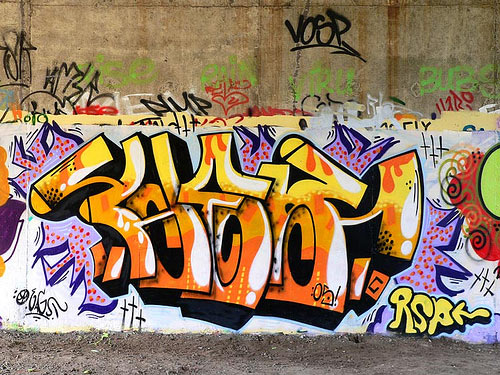 A tag is the most basic form of graffiti, a graffiti writer’s personal signature or logo, drawn in one color. The tag might include a character, which refers not to a letterform, but to an iconic cartoon figure. Tagging is the act of writing the tag with a marker or spray paint. A slightly larger and more ambitious version of the tag is known as a throwie or a throw-up. A typical throwie has a background color and an outline in a second color. The interior color of the letters on a throw-up is known as the fill or fill-in. When the second color is only roughly sketched or lined in, the throwie is known as a scrub. The most ambitious graffiti of all is work that is done on a large scale in at least three colors, often incorporating fades or blended colors. This is known as a piece, short for, of course, a masterpiece.

The plastic cap or tip on a spray paint can determines the line weight. The standard caps that come with spray paint are known as sucker tips, and are often replaced with others, such as skinny tips, thin tips, thick tips, fat tips, or flare tips. The largest fat caps are sometimes known as softballs because of the soft round marks they make. Line width is sometimes described in fingers. A four-finger line is, for instance, about as a wide as a hand. Bubble letters, quite out of fashion now, were an early style of graffiti lettering with a rounded shape, and roller letters are large-scale tags drawn with paint rollers. To bomb an area is to profusely cover it with tags or throw-ups. To kill an area is to bomb it beyond a point of diminishing returns.

The culture of the internet communication and text messaging is changing the alphabet in other other interesting ways. According to the editors at Merriam-Webser, 2007’s Word of the Year was w00t, written with zeros rather than proper Os. The word w00t evolved from two currents: hip-hop slang for delight at seeing a woman’s posterior, and from a computer programmer slang called leet, l33t or l33t sp34k, in which letters are exchanged for numbers and other typographic forms that suggest their shape, and are often playfully juxtaposed to create a gestalt that is visually ambiguous or incomprehensible to outsiders, but perfectly legible to the elite who create and understand it. “Ph342 //j 133+ 5|<1||%,” for instance, translates to insiders as “fear my leet skills.”

As we move into an Internet-intensive future, the word-on-paper will survive, but as the dominant text medium it will fade, as did papyrus, stone and clay before it. The written word will most commonly be consumed from a computer screen (just as it is a computer screen that I am looking at as I write this). But the written word, text, will survive. Written or “printed” words, must have a visual form (with the exception of Braille, perhaps). It is the visual form of words that is of interest to typographers and type designers, not ink or paper. As the medium of “print” continues to shift to the “digital environment,” and as readers begin to take advantage of preferences and the personal options inherent in digital text, the invention and even the enthusiastic acceptance of more typographic variation seems inevitable. 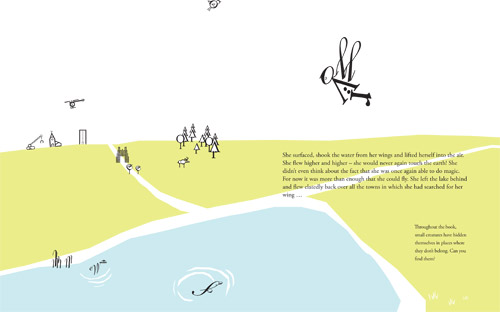 It is worth noting that many of the terms mentioned in this essay are already familiar to the general public. It seems that, especially among young people, an awareness of and interest in typography is on the rise. The form of the English alphabet will continue to evolve; it will swing back to its historic roots, the 23 Roman majuscules, and then again into the future. The terminology of typography will continue to expand, as future generations of young designers think to themselves, as Woody Allen wondered in Notes From the Overfed, a short story of his from 1971: “Why are our days numbered and not, say, lettered?”

[Paul Dean teaches graphic design at Louisiana State University in Baton Rouge. His hobby is his freeform blog: www.djmisc.com. This is the fifth in a five-part, quick-fire type terminology tour de force.]