“I was killing time and pain at a nearby bar called The Ear, so named because the two ribs of the ‘B’ in the neon sign that read ‘Bar’ had burned out years ago. So had most of the patrons.”— Kinky Friedman, Blast From the Past, 1998.

Just as Kinky Friedman anthropomorphizes this B, giving it human characteristics, namely ribs, type designers have come up with some very human terms to describe the details of the letterforms that they create. They speak the arm (of, say, an E), the crotch (of an M), which could further be described as an acute crotch or an obtuse crotch, the ear (of some g’s), which might be a flat ear or a floppy ear, the eye (of an e), the leg (of a k), the shoulder (of an n), the tail (of a j or a Q), and the spine (of an S). There is a sketch by the great type designer Ed Benguiat that labels the curl, the lobe and the ball of a single question mark.

Typically, the point which rests under a question mark or hovers over a lowercase i or a j is called a dot, and the etymology of the word reveals another anthropomorphism: at one time the word dot referred explicitly to the head of a boil or pimple. The dot is also sometimes quaintly referred to as a jot (from the Greek iota) or a tittle (from the Latin titulus).

Nature is recalled in a few terms, such as the stem, the arc of the stem (otherwise known as the shoulder), and the splayed stem. And this is not surprising; an organic sense of life separated the Roman alphabet from the geometric Greek characters that originally inspired it.

Architecturalisms, borrowed from the language of architecture and design, are also common. And why shouldn’t they be? After all, nothing resembles a Roman monument more than the Roman M, especially one with serifs. And the second character in the Phoenician alphabet, beth, which evolved into the Greek beta and the Roman b, comes from the Phoenician word for “house”. Even today, a capital B, if turned counter-clockwise 90°, as the Phoenicians oriented it, resembles a building.

Some of these architecturalisms are the aperture (of a c), apex (of an A), axis or stress (most obvious in an O), the ball (at the bottom of a question mark), the bar, crossbar, or cross beam (of an H), the bowl (of a p or b), counter (of an a or b), flag (a flourished stroke common in black letter type), the hook or finial (of some t’s), inlines (which resemble carved strokes inside the lines), ink traps (notches created to prevent ink bleeds at predictable points on the letter), the joint or juncture (of an R or a Y), the link and the loop (of a g), the spur (of many G’s), the stroke (the main lines of a letter), swash (an exaggerated stroke), swing (the diagonal link of some g’s), and the vertex (of, say, a V).

An experienced typophile can also distinguish between, and speak of, a descended or base-lined J, a one-story or a two-story g, a crossed, joined or rounded W, and even a round as opposed to a super ellipse or obround (elongated with straight sections) O. Even as seemingly simple a thing as a terminal, the end of a non-seriffed stroke, can be characterized as an acute terminal, a ball terminal, a beak terminal, concave, convex, flared, hooked, horizontal, lachrymal (or teardrop) painted, rounded, sheared, straight, or a tapered, terminal.

Serifs were forever defined for me as ‘the little feet on the letters’ by my first type teacher, P. Lyn Middleton. The classification of the innumerable variations in type design that exist today begins with the existence or non-existence of these little feet, which have existed as a crucial detail on most Roman letterforms for a little over 2000 years. Curiously the word itself has a short history. It was probably a back formation from the word sans-serif, which first appears in print in 1830, when typefounder (a designer and producer of metal types) Vincent Figgins published his Specimens of Printing Type. Sans, a French word forever, has been an English word since Middle English times:

The French sounding serif may have come from the Dutch schreef, “a line” or “a stroke”, from schrijven “to write”, and from the Latin scribere. Type without serifs occurred in Roman times, but it was rare and is seldom seen. In the early nineteenth century sans serif typefaces re-emerged, perhaps as an evolutionary branch away from the Egyptian or slab-serif fonts that were popular at the time. (The fat slab serifs may have become so ungainly that someone at a type foundry, where new letters were carved from steel, decided to simply and literally chop them off.) At first these new letters were described as grotesque or grotesk types, perhaps because they seemed incomplete and ugly, and these terms are still among those used to describe sans serifs today.

The French, meanwhile, tended to use the word antique to refer to sans-serif type, and this word has found its way into English, in, for example, the typeface name Antique Olive. The word gothic is also sometimes used to describe a sans serif, and the terms Gothic and Doric, with capital letters, are now used to refer to the square-stroked sans serif variations of Japanese characters.

Broadly speaking, there are two styles of serifs, unilateral serifs, which break from the stem in only one direction, and the more common bilateral serifs, which break from the stem in two directions. These can be further characterized by a surprising number of terms: type designers speak of abrupt serifs (that break abruptly from the stem at an angle), adnate serifs (which emerge from the stem gradually and more organically), bifircated serifs (which appear to curl away from a split in the stem), bracketed or fillet serifs (with a curved connection between the serif and the stem), cupped serifs (which form a concave curve or ‘suction cup’ at the end of the stem), scutulate serifs (diamond shaped), finial serifs (with a somewhat tapered curved end), foot serifs (which rest firmly on the baseline), hairline serifs (hairline thin foot serifs), slab or Egyptian serifs (thick serifs set at right angles to the stem), square serifs (square-shaped slab serifs), straight serifs (which are thin but not hairline serifs) and wedge serifs (simple wedge-shaped or triangular serifs).

[Paul Dean teaches graphic design at Louisiana State University in Baton Rouge. His hobby is his freeform blog: www.djmisc.com. This is the second in a five-part, quick-fire type terminology tour de force. The entire series will be available as a lovely printable PDF, for reference.] 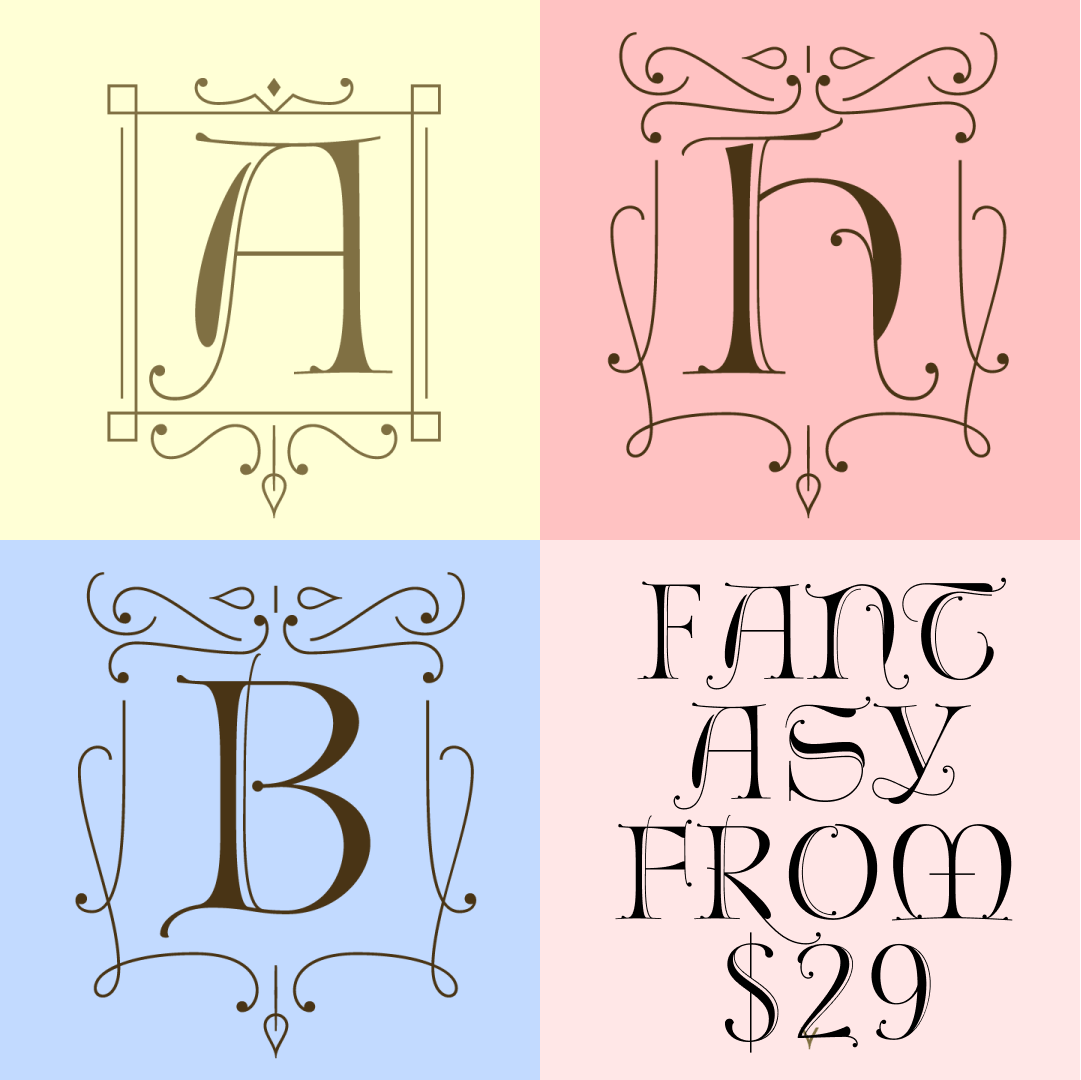