So you want to create a font. Part 1 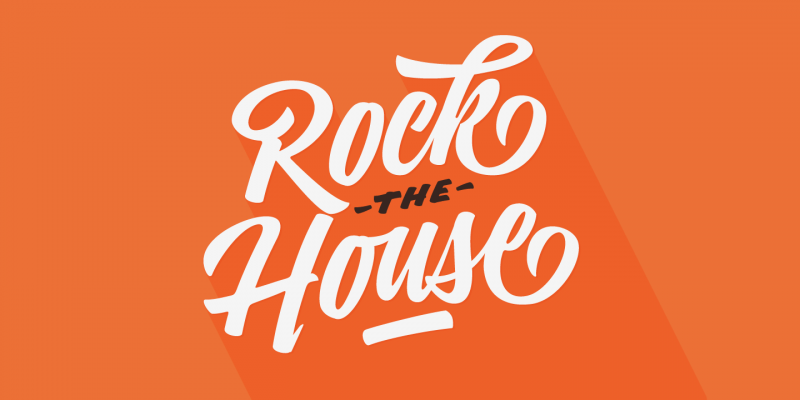 So you’re a brilliant designer, a master calligrapher, and you’ve learned all about serifs, side-bearings, and kerning. Now you want to create your own font. (What! You haven’t learned all about serifs, side-bearings, and kerning? Well, make sure you read all of the articles on ILT before you embark on font creation! You’ll need all of the knowledge you can get if you plan on being successful! And if you’re not a brilliant designer or a master calligrapher, well, don’t worry—you can still create some beautiful fonts with a little hard work, a lot of knowledge, and a little inspiration.)

All the brilliant design, precise calligraphic work, and deep knowledge of kerning won’t mean anything if you can’t translate your work into a computer-friendly format, which is why you’ll need a good piece of font editing software at your disposal. Font editing software comes in a variety of strengths and prices, and works on a variety of platforms. The major players are listed below:

FontLab Studio is what I use to make my fonts. It is more or less the industry standard, and, as such, isn’t exactly cheap, coming in at $649 (US). A 30-day free trial is available, if you want to try before you buy. It’s available for both PC and Mac. I’ve used FontLab Studio pretty extensively, and can vouch for its excellence, and the vibrancy of the user community.

FontForge can ostensibly do everything that FontLab can, and it’s free and open-source. That said, installing FontForge (at least under Windows) is not exactly a simple matter (you’ll need to install Cygwin first). Also, the program is not as well documented as FontLab. There was an interesting thread recently over at Typophile about FontForge that you might want to read, if you’re considering taking the open-source plunge. FontForge is available for PC, Mac, and Linux. (If you’re a Linux user, FontForge is more or less your only choice.)

For those rolling in cash, DTL FontMaster can do everything FontLab can, and more, but it’s quite expensive. FontMaster comes as seven different modules, which I find altogether cool and intimidating. It’s available for PC and Mac.

FontCreator is another choice, more affordable than FontLab. The program works only with TrueType and OpenType fonts—no Type 1 fonts—and is for Windows only.

TypeTool from FontLab is a more entry-level product along the same lines as FontCreator. The company says that TypeTool is “for students, hobby typographers and creative professionals who occasionally need to create or customize fonts”. PC and Mac.

The original king of font editing software is Fontographer which languished in non-development purgatory for years until FontLab bought the code and recently updated it for the Mac. The last version was really showing its age even in the late 1990s, so I’m hoping that Fontlab did an impressive rewrite for its new version. It’s half the price of FontLab Studio, but I can’t vouch for its new user interface, not having tried it. Fontographer is available for PC and Mac, though only Mac users get the latest version.

All of these programs operate on the same principles, differing in specifics, interface, and levels of options and power. So do some research before you buy—download and try some demos, read the rants and debates of other font creators out there, and figure out which font editor works best for you. One path I’ve read about some people taking is to start with TypeTool, see if this whole font-creation thing is something they genuinely love, and then eventually upgrade to FontLab Studio once the limitations of TypeTool become an issue.

Once you have a good font editing program, there are three basic routes to creating a font.

Method 1: Draw it on paper

Are you artistic? Have cool handwriting? Well, get a good pen, a stack of good paper, and start drawing your alphabet. (Don’t overlook your choice of pen. Is your font going to be something thick and juicy? Try using a Sharpie. Or will it be calligraphic? Break out your calligraphy pen set. Will it be thin and delicate? Pick a fine-point precision pen for your work.) Draw big, so there’s plenty of detail to capture, and make sure your characters are all the appropriate height (you might want to add ruled lines in pencil to your paper before you begin). Don’t forget to draw all of the characters a good font needs! That means punctuation, tildes, accents, parentheses and brackets, and numerals. You’ll also want to include obscure characters like the thorn and eth. Create a new font in your font editor before you put pen to paper, and look at the standard glyph table it presents you with. There will be characters there you’ve never heard of, but there are typesetters out there who will be expecting to see those characters in your font!

Scan your beautiful work into Photoshop, and then turn your image into a bitmap (black and white—no shades of grey).

Almost there. Open your bitmap image in FontLab’s ScanFont. This nifty little program (which comes bundled as part of the Mac version of FontLab Studio—lucky Mac users!) allows you to take bitmap images and convert them into font glyphs. (Font editing programs work with outlines, which are basically vectors like those used in Illusrator. Scanners and programs like Photoshop work with bitmaps. ScanFont bridges the gap between these two media.) Once this is accomplished, you can either save your font in ScanFont, or copy individual glyphs from ScanFont into FontLab Studio. (Hey, nobody said this would be easy!) And once you have all of your glyphs in FontLab, you can begin the long, arduous, fun process of editing your font towards perfection!

Method 2: Draw it on a tablet

You can skip many of the above steps by using a Wacom tablet to draw your font glyphs directly into a vector graphics program like Adobe Illustrator. FontLab Studio, for one, supports copying and pasting directly from Illustrator. One cool thing about using Illustrator to draw your alphabet is that you have a wide range of brushes to choose from, so that you can change the style of your entire alphabet with a couple of mouse clicks. One thing I’ve discovered is that, as good as tablet technology has gotten, there’s really no substitute for pen and paper—an alphabet drawn on a tablet will be different from the same alphabet drawn on paper.

Method 3: Draw it in your font editing software

The Steady Hand and Patience of a Deity

I’ve created a couple of fonts entirely in FontLab Studio, with just my mouse, a steady hand, and a healthy amount of invoking the Undo command. It can definitely be done, and you’ll potentially be able to generate more precise fonts this way, as opposed to drawing your glyphs outside of your font editor and then importing them. There are, as you might expect, lots of tools in font editing programs that are geared to this process: tools that generate straight lines and perfect curves, and guides that help you align everything with the utmost precision.

Now you’ve got the tools of the trade, the desire to create a font, and a basic idea of the process involved. Of course, the devil is in the details. In the next installment I’ll address some of the specifics of font creation and editing. Read So You Want to Create a Font–part two.

next: Made With FontFont