Decline and fall of the ligature

If the ligature could speak, it might well ask, why does nobody love me? Well, let’s put the record straight, but before we do — just in case you’re wondering, what the hell’s a ligature, let’s take a brief look. 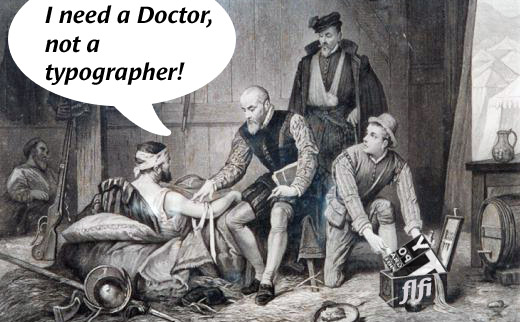 First, the typographic ligature should not be confused with the ligature of medicine; in medicine, a ligature is “a filament or thread used to tie something, like a blood vessel to prevent it from bleeding.” Interestingly. ligatures are also used in the treatment of Hemorrhoids. Confusing the two could result in serious injury or, at the very least mild discomfort. Who would have thought a health warning was necessary in an article on typography. OK, so now that that’s clear, let’s get a little more intimate with the ligature:

These are the most common ligatures, ff, fl, fi, ffi and ffl. A ligature is not simply two letters arbitrarily glued together. The two letters are crafted into a single letter (technically speaking a single glyph). Certain letter combinations are simply crying out for ligatures.

Let’s take, for example the combination of “f + i”: the letter “f” in both its lower-case and upper-case forms is top heavy; look at that overhang! In the example to your left, notice how the overhang of the “f” overlaps the “i” dot (tittle). Combining the “f” and “i” into a single glyph makes the “f” look that much more stable. It’s not going to fall over, because it’s using the “i” as a crutch. The overhang of the “f” (the terminal) also doubles as the dot of the “i”. You could say that ligatures are natural letter-friends. 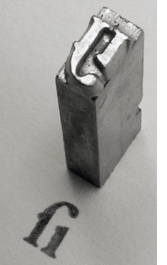 With the invention of Metal Movable Type in the 15th century, ligatures flourished and were a great time saver when setting type. For example, instead of having to set an “f” and an “i”, a single ligature block could be used instead. That may not seem like a great time saver, but when you’re setting an entire book 0f 40,000 words in movable type, then it could certainly make a difference.

For those of you interested in the origin (etymology) of the word “ligature”, it comes from the Latin ligatus, which basically means to tie or bind. And when you look at the above examples, you can see that ligatures are letters that have been bound or tied together (how happy they are about that, I have no idea).

So, the next time you’re reading, be sure to look out for ligatures.

The Decline of the Ligature
So whatever happened to the ligature? Well, to cut a long story short, the modern-era of printing, the typewriter and Desk Top Publishing (DTP) were all nails in the ligature’s coffin. Richard Wendorf, in a 2005 lecture The Secret Life of Type, even suggests that the death of the ligature was brought about by a desire to reduce the number of type pieces, and was also influenced by the popular publisher John Bell (1745-1831), who abandoned ligatures; and is also said to be responsible for the death of the long S.

Interesting type fact!
The most common ligature is the “&” (ampersand). This was originally a combination of the letters “e” and “t”, et, the Latin for “and”. However, the ampersand is generally no longer considered to be a ligature — but that’s how it started out.

The examples we looked at above are some of the most common ligatures; however, it’s possible to make a ligature from just about any letter combination. In fact there are entire ligature typefaces out there. Here’s an example of Mrs Eaves Just Ligatures, designed by Zuzana Licko of the Emigre Foundry:

Well, I’m sure we could write a whole book on ligatures alone; however, something tells me that it might not be a best-seller. In future articles we might take a closer look at the ligature, its history, and how and when they should be employed; and, even their use on the Web.

And, if you think that no-one loves the ligature, then take any book or magazine out of your bookcase, open it up, and look for “ﬁ”! Now what do you think of ligatures?

If you missed earlier articles in the Type Terminology series, you can catch up here:
Who Shot the Serif
The Return of the Serif