Who shot the serif?

One of the reasons for starting this site was that I felt there just wasn’t enough being said about the topic. Secondly, and more significantly, I always found it difficult to quickly locate typographic resources. The long-term aim of this blog is to be such a resource, a one-stop-shop for everything about typography, from terminology to new typefaces, from inspirational examples of type to choosing the best typeface for the job, whether that be on- or off-line.

So without further ado, let’s take a look at type terminology. Now, before my alliteration sends you running, let me say that there is nothing to fear. But why should you be interested in the terminology of type? Does it really matter if I don’t know my ascenders and serifs from my descenders and diacritics?

Well, what you will discover, is that learning just a little about the terminology will help you to have a greater appreciation for type; it will also help you to identify different typefaces and fonts — and that in turn will help you make better, more informed choices about the fonts you use. Oh, and lastly, you’ll learn what fish scales and serifs have in common.

Today we’re going to get intimate with the serif (you’ll learn more about her friends in future Typography Terms posts):

One of the terms of type that most are familiar with is “Serif” and is easily distinguishable from Sheriff — John Wayne has shot and killed several sheriffs; to the best of my knowledge, he has never out-gunned a serif. Serifs are often small, but they’re tough.

Before writing this, I sent several questions on type terminology to friends who know little about the topic. Most answered “What’s a Serif?” with something like, “it’s the curly bits at the ends of letters“. And although you are unlikely to read that in a typography text book, that’s just about right (though they’re not always curly, of course).

So why the word “serif”? Well, it’s commonly held that the origin of the humble serif can be traced back to ancient Rome. Before an Inscription was carved into stone the letters were first painted on. Anyone who has tried painting letters will know that one is left with slightly wider sections at the ends of the brush-strokes. The stone carvers would then faithfully carve out the letters including the flares at the end of the strokes — thus was born the serif.

However, it looks as though no-one knows much about the etymology of the word “serif”; some say that it comes from the Dutch schreef, meaning “wrote”, while other sources say the term “sanserif” actually pre-dates serif, so that sanserif on its own simply meant without serif (though that begs the question, where did the word sanserif originate?).

Interestingly the equivalent term in Japanese, uruko, means fish scales, and in Chinese the term, translated literally into English, comes out as “forms with/made with legs”. The Chinese one is perhaps the most descriptive. So if someone tells you to “give it legs”, you’ll know that they are requesting a serif font. And if someone shouts “he has no legs!”, then I guess they’re looking at Helvetica.

The TypoWiki defines a serif thus:
A serif is a flare at the end of a letter terminal.

And Wikipedia as:
non-structural details on the ends of some of the strokes that make up letters and symbols.

There are numerous kinds of serif. The two main types are Adnate and Abrupt (these are further subdivided into many more groups which we’ll look at in future). The Adnate serif is more organic. Notice how the serifs join the the stems via a curve; the Abrupt Serif — as its name suggests — is squarer and more rigid, and doesn’t flow into the base letterform; the slab serif is a good example of an abrupt serif. It’s not rude; it’s just square.

In future articles we’ll be taking a closer look at these related topics:
Serifs, in and out of fashion;
Serif or Sans serif — which should I use?
Great serif typefaces for Web and print.
Well, that’s all for today on serifs. Actually, there’s a lot more that can be said, but I’ll give your scroll-bar a rest. In future posts we’ll be taking a look at more typography terminology. Eventually, I hope to publish this series as a free PDF, so stay tuned for Part II by subscribing.

Have you learned something?

Part 2: The Return of the Serif. 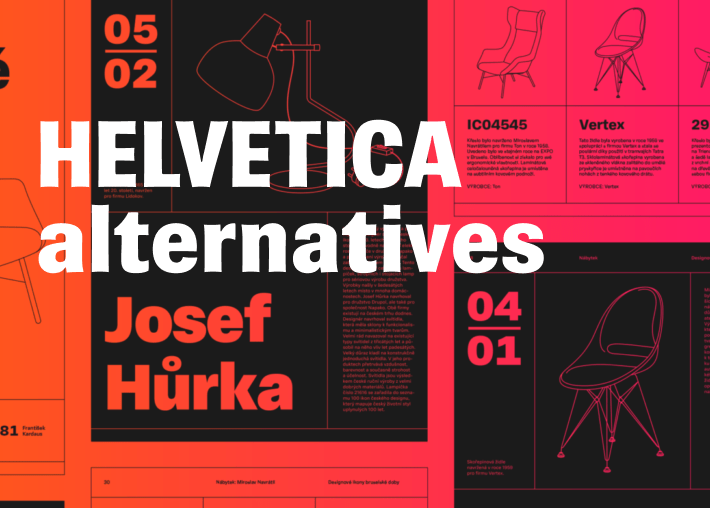